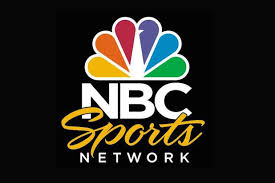 The four-part series, based on the groundbreaking 2017 book from Nilsson and Marriott titled, Be a Player: A Breakthrough Approach to Playing Better ON the Golf Course, introduces golfers to the human, non-technical skills necessary to bring out your best performance on the course. With the help of Golf Channel host Blair O’Neal, Nilsson and Marriott explore these human skills and also provide viewers with many of the same on-course exercises and strategies used by their most notable students, which include nine different LPGA major champions and four world No. 1 players.

“Everybody knows you can’t play golf without yourself, whether you’re a Tour player or a 25-handicapper,” said Nilsson, a former Solheim Cup European team captain and head coach with the Swedish National Golf Teams. “You need technical skills but you also need the skills to manage yourself before a shot, during a shot, after a shot and between shots, or what we call the human skills. We’re so excited that through this series on GOLFPASS, viewers at home can get an introduction to these human skills and start testing them out for themselves.”

Co-founders of VISION54®, based out of Talking Stick Golf Club in Scottsdale, Ariz., Nilsson and Marriott believe that every golfer needs two sets of fundamentals—technical and human—to excel on the course. In Coaches Playbook: Be a Player, you’ll learn how to apply the human skills in the Think Box, Play Box, Memory Box and Between Shots to better transfer your technical skills from the range to the course.

“So many golfers are putting their time, money and energy into improving their technical skills, which is awesome,” said Marriott, who in 2016 was inducted into the LPGA Teaching and Club Professional (T&CP) Hall of Fame. “But now they have an incredible opportunity with our Coaches Playbook: Be a Player series to complement that with a more sufficient, complete set of human skills. And by putting more effort into their human skills they’re going to start to see their technical skills improve.”

Recognized as the top two female instructors in America by Golf Digest magazine, Nilsson and Marriott have coached players to more than 100 titles on the LPGA, PGA, European, Ladies European and Japan Tours, including both Jutanugarns, World Golf Hall of Famer Annika Sorenstam, Suzann Pettersen, Brittany Lincicome, Ai Miyazato and PGA Tour winners Russell Knox and Kevin Streelman. In Coaches Playbook: Be a Player, they reference several real-life examples of players leaning on their human skills to succeed under championship pressure.

GOLFPASS is a digital subscription service that connects golfers to every aspect of the game through one convenient, affordable membership. GOLFPASS member benefits include more than 400+ hours of on-demand instruction video, a monthly GOLFNOW Hot Deal tee times credit and discounts on popular golf gear.

Not a member? Sign up for a free 7-day trial at www.golfpass.com and begin watching Coaches Playbook: Be a Player right now.