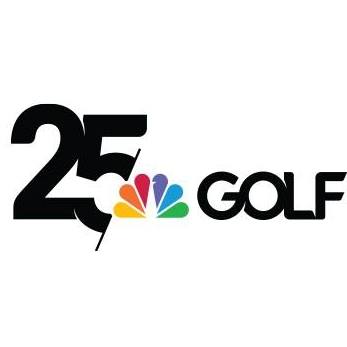 ORLANDO, Fla.  – GOLF Channel will celebrate its 25th anniversary on Friday, Jan. 17, when in 1995 it launched as the first single-sport cable network, co-founded by Arnold Palmer and cable entrepreneur Joe Gibbs. GOLF Channel has grown to become the tentpole of NBC Sports Group’s GOLF portfolio of businesses with more live tournament coverage than all other U.S. networks combined, and high-quality news, instruction and entertainment programming dedicated to showcasing the global sport of golf.

“Arnold Palmer was so proud of the role GOLF Channel plays in connecting the world to golf and we take great pride in carrying forward his legacy as we forge a path for the next quarter century,” said Mike McCarley, president, GOLF, NBC Sports. “A prime example of how much GOLF Channel has grown – from just 15 hours of live programming the network’s first week 25 years ago to more than 100 live hours this week from three U.S. time zones and five countries. As we look ahead to 2020, GOLF Channel will be on the ground at all of the men’s and women’s major championships, The Players, Tokyo Olympics, FedExCup Playoffs, UL International Crown and Ryder Cup.”

GOLF Channel has grown from 10,000 U.S. households in 1995 to reaching nearly 500 million golf fans around the globe in more than 70 countries and nine languages. Since joining the NBC Sports Group in 2011, GOLF Channel has been one of the fastest-growing cable networks in television (2011-2013) and in 2019, golf fans streamed nearly 1 billion minutes of live and VOD content. GOLF Channel has expanded its reach to also serve golfers and golf courses through a portfolio of digital lifestyle brands like GOLFPASS, a comprehensive digital membership that makes it easier for golfers to play, learn, travel, shop and watch golf; GOLFNOW, the leading online tee time marketplace creating seamless ways for golfers and golf courses to connect; and GOLF Business Solutions, which provides best-in-class technology and business services for the golf industry.