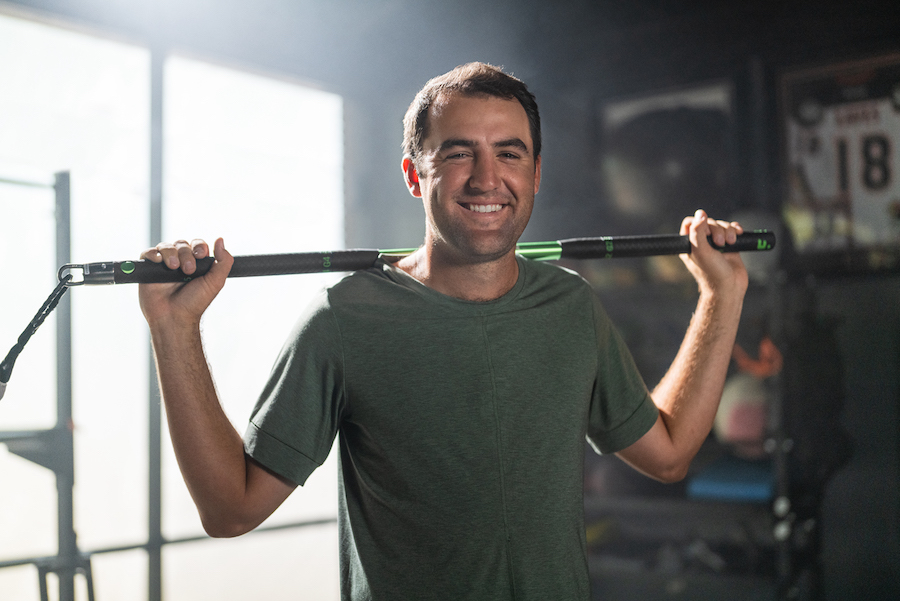 The newly-minted Masters champion, who leads the 2022 FEDEX Cup Standings with nearly twice as many points as his closest chaser, has won four times on the PGA TOUR since he began using GOLFFOREVER’s groundbreaking training system that pairs the first-ever multi-use golf fitness and warmup tool with video-streaming routines for flexibility, speed, power and injury recovery in the GOLFFOREVER app. Scheffler will represent the brand by appearing in GOLFFOREVER video content and advertisements, using the GOLFFOREVER Training System in a similar capacity to how he uses it in his own daily routines.

Considering the authentic relationship between Scheffler and GOLFFOREVER already in place, as well as Scheffler’s well-earned trust in key GOLFFOREVER contributor, Dr. Troy Van Biezen – a top PGA Tour chiropractor and trainer with whom Scheffler has worked over the past 10 years ­– the announcement of an official partnership is a natural one for both parties.

“It’s been an unbelievable ride these past few months and part of my success is no doubt due to the hard work I’ve put in with GOLFFOREVER. It’s a tool and approach that is critical to my preparation for the PGA Tour, and I respect GOLFFOREVER’s mission of helping all golfers improve their bodies and play their best with the same scientific approach as mine. I’m proud to be their ambassador and excited for the relationship ahead,” said Scheffler.

Dr. Van Biezen, a marquee instructor within the GOLFFOREVER app, has worked with top players on the PGA Tour for the past 20 years like Jordan Spieth, Justin Thomas and Zach Johnson. He introduced Scheffler to the GOLFFOREVER product during its soft-launch in November, and the pair have since developed a variety of pre-round warmups, flexibility routines and strength workouts that Scheffler follows religiously, including during the week of his three-stroke victory at Augusta National.

“To say we’re excited about this incredible partnership with Scottie is an understatement,” said GOLFFOREVER Founder and CEO, Dr. Jeremy James. “On top of him being a person of such high character and a hard-working golfer who personifies our mission, it’s an honor for GOLFFOREVER to have played a part in his meteoric rise to World No. 1 over the past four months. We look forward to a long partnership ahead and will continue to serve the world’s best players like Scottie, and all golfers, who want to improve and perform their best.”

“Anyone who knows this game understands that any slight advantage PGA Tour players can get over their competition can mean the difference between winning and missing cuts. We’re honored Scottie chose to train with our new system last fall, and that he continues to prepare his body and his game with it on a nearly daily basis. This opportunity not only shines a spotlight on what elite players like him to do to maximize their potential, it will help all golfers learn just how much they can improve their game with GOLFFOREVER.”

The 25-year-old Scheffler joins GOLFFOREVER’s original PGA Tour ambassador, Justin Leonard – whose career is transitioning to the PGA Tour Champions this summer – in a capacity that illustrates the versatility of GOLFFOREVER’s products helping golfers of any age or skill level.

“Scottie leaves no stone unturned in his pursuit of excellence,” said the 12-time PGA Tour winner, Leonard. “His belief in GOLFFOREVER is proof that our training system is beneficial to golfers of all ages and abilities, whether it’s the No. 1-ranked player in the world or the weekend golfer trying to gain a few yards and stay out of pain.” 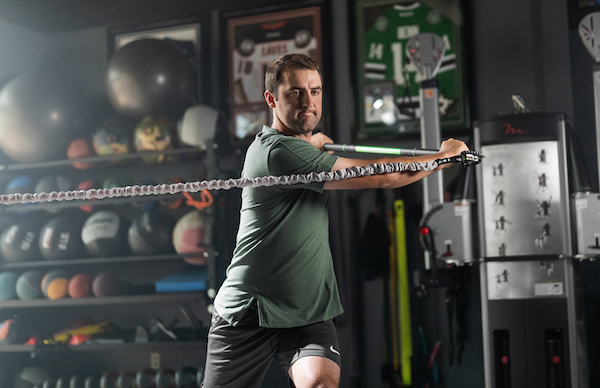 Scheffler earned his first four PGA Tour titles in a span of six starts during the 2022 season, winning the WM Phoenix Open, Arnold Palmer Invitational and World Golf Championships-Dell Technologies Match Play and his first-career major championship at The Masters. He moved to No. 1 in the Official World Golf Ranking for the first time in his career following the third victory, becoming the 25th player in the OWGR era to reach the No. 1 position (est. 1986). After a stellar junior career, he played college golf at the University of Texas from 2014 to 2018. While there, he helped the team win three Big 12 championships and was named Phil Mickelson Freshman of the Year in 2015.

GOLFFOREVER is a comprehensive, smart at-home training system that takes a science-based approach to maximizing golfers’ performance by improving flexibility, core strength, balance and rotational power. The first golf-specific home training program to embrace the approach of home exercise equipment paired with streaming instruction, GOLFFOREVER takes it one step further by customizing each golfer’s exercise routines just for them, based on a proprietary strength and flexibility test users take when starting. The result is a product and program that is safe and highly effective for any golfer. With exercise routines designed by some of the top PGA Tour trainers and orthopedic experts in the U.S., GOLFFOREVER users can expect to swing and perform their best – with a pain-free body – for as long as they play the game. It is used by more than 50 PGA Tour and LPGA Tour players, and thousands of everyday golfers alike. Founded in Aspen, Colorado in 2019 by Dr. Jeremy James, a leading specialist in chronic back pain and co-author of the Younger Next Year Back Book, GOLFFOREVER is the ideal companion to expert golf instruction. For more information go to www.golfforever.com or download the new mobile application on the Apple Store for IOS or Google Play for Android.