Narrated by Bill Murray, the film will be released in theaters June 7th and also available for club screenings 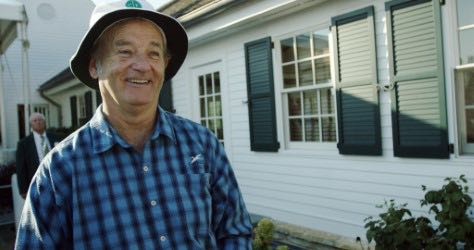 Gravitas Ventures, a Red Arrow Studios company, has acquired worldwide rights, to LOOPERS: THE CADDIE’S LONG WALK, narrated by Bill Murray and directed by Jason Baffa. The film will be available in theaters June 7th. 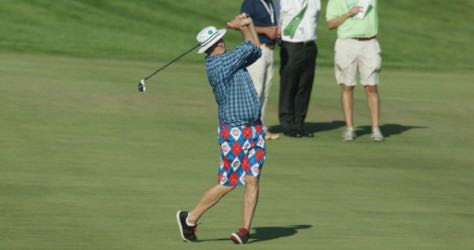 Centuries old and enjoyed by tens of millions of people worldwide, golf is seen by many as more than a sport. Yet what do we know about the other person on the course? The man or woman behind the player carrying the bag. In a narrative never before covered in any feature length documentary, LOOPERS: THE CADDIE’S LONG WALK explores the incredible personal bond that a golfer and a caddie develop through hours of time together.

Baffa’s previous films like Bella Vita and One California Day are known for their visual beauty and authentic portrayal of the surfing experience.  Here, he takes on golf and the sub-culture of caddying, but the result is just as spectacular.  In a recent review, Golf Digest notes that “with striking panoramics of St. Andrews, Pebble Beach, Bandon, Carnoustie and other world-renowned courses, Loopers is reminiscent of the BBC’s “Planet Earth” series, educating while aesthetically captivating.”

Producer David Brookwell said, “We’re thrilled to be working with Gravitas on this project.  This documentary with global appeal is right in their wheel-house and we were impressed with the marketing plan they put forth.” 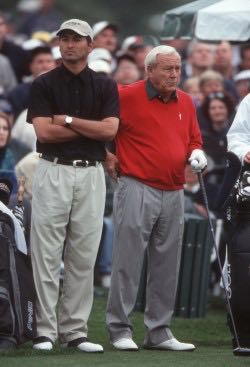 “I caddied for more than 10 years and the job taught me a lot about people, life, and hard work,” said Michael Murphy President at Gravitas Ventures. “We couldn’t be more excited to bring Loopers to theaters this summer.  Ultimately it’s going to be an ever-green documentary that will resonate with audiences from around the world.”

The film festivals stints have drawn positive reviews, including:

The unknown stories are revealed, such as Greg Puga, who grew up in East Los Angeles, went on to caddie at Los Angeles’ Bel-Air Country Club and qualified as an amateur to play in the Masters Tournament. Another is the compelling legacy of caddie master Mike Kiely, who has been the caddie organizer at historic Canterbury Golf Club in Cleveland for a half-century and guided many caddies toward successful lives. The Evans Scholars Foundation is also featured, highlighting the program which has given college scholarships to more than 10,000 caddies since 1930.

To request a theatrical or non-theatrical screening or for more information about the documentary please visit: www.loopersmovie.com.

Gravitas Ventures, a Red Arrow Studios company, is a leading all rights distributor of independent feature films and documentaries. Founded in 2006, Gravitas connects independent filmmakers and producers with distribution opportunities across the globe. Working with talented directors and producers, Gravitas Ventures has distributed thousands of films into over a hundred million homes in North America –  or over one billion homes worldwide.

The group’s significant output includes scripted, non-scripted and formatted content and IP, from TV and film to short-form and branded content, made for an array of global networks and platforms.