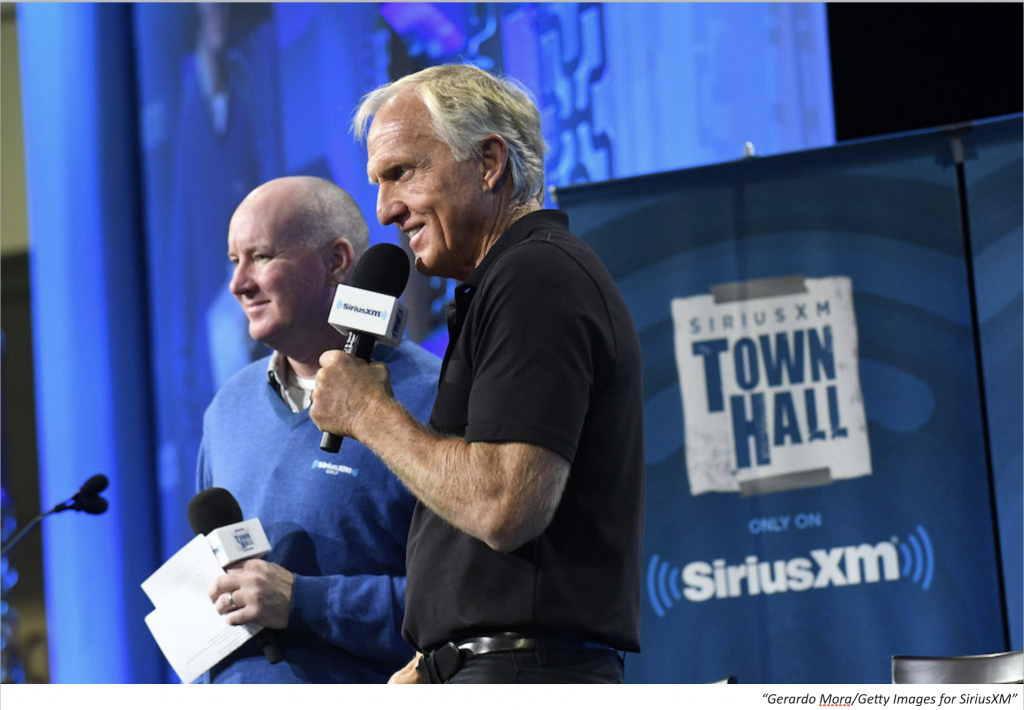 In January, SiriusXM announced its new agreement as the exclusive audio broadcaster of the Masters Tournament. SiriusXM will present its first live play-by-play broadcasts in April as part of its expansive coverage of the 2021 Tournament. 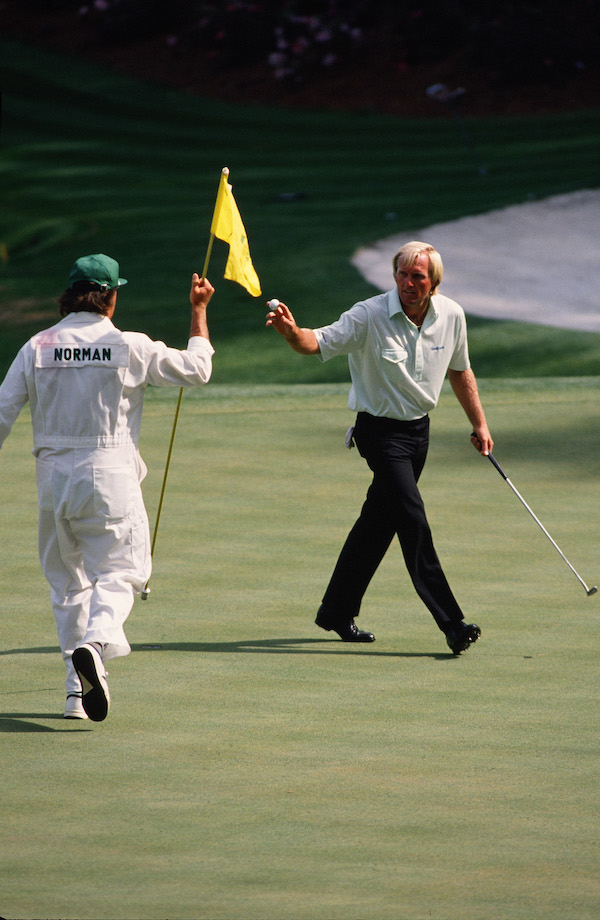 “Augusta is one of the most special places on earth and so much of my life and career has been dominated by memories playing at the Masters. I am so humbled and honored to be returning to the Tournament, but this time in the capacity as lead analyst for SiriusXM’s first Masters broadcast,” said Greg Norman. “I hope my experience with the course and playing in the Tournament 23 times will lend a unique voice and perspective to the listeners, so that they can feel and live every moment as if they were there.”

From 1981 through 2009, Norman competed in 23 Masters Tournaments and played his way into contention for a green jacket on many of those April Sundays at Augusta National. In his first Masters in 1981, at the age of 26, he finished the opening round tied for first with Johnny Miller, Curtis Strange and Lon Hinkle and finished the Tournament alone in fourth. It was his first Masters performance that inspired his lasting nickname, “The Great White Shark.” Over the two decades that followed, he had eight top-5 finishes at the Masters, including three runner-up and three third-place finishes.

“Greg’s experience playing in the Masters and his knowledge of Augusta National are exceptional.  We couldn’t be more thrilled to have him as our lead analyst for SiriusXM’s first Masters production,” said Scott Greenstein, SiriusXM’s President and Chief Content Officer.  “Greg’s in-the-moment perspective on the action as it happens on the course elevates our broadcast and ensures our listeners will be tuning in to a superb level of coverage.”

SiriusXM’s exclusive Masters week broadcasts will be available to listeners nationwide on their SiriusXM radios (channel 208 or 92), on the SiriusXM app and at home with Amazon Alexa, the Google Assistant or however they stream at home.

Norman joined SiriusXM in 2018 to launch his own talk show, Attack Life Radio, which he hosts monthly on the SiriusXM PGA TOUR Radio channel.  His next hosting appearance on SiriusXM will be this Thursday, March 11, following the first round of THE PLAYERS Championship.

On Wednesday, April 7, during Masters week, Greg will host a special edition of Attack Life Radio live from Augusta National.

Arguably the most successful athlete-turned-businessman in the world, Greg Norman is known as much for his entrepreneurial spirit in the boardroom as his dominance on the golf course. The internationally renowned “Great White Shark” won more than 90 tournaments worldwide, including two Open Championships, and he holds the distinction of defending his No. 1 position in the world golf rankings for 331 weeks, the second-longest reign in history.

Greg Norman now transcends the game of golf, with over a dozen companies around the world bearing his name and the iconic shark logo as part of the Greg Norman Company, which he leads as Chairman & CEO. His internationally recognized brand boasts more than 100 golf course designs across six continents, a global real estate collection, award-winning wine, golf-inspired lifestyle apparel and a diverse investment division.

Sirius XM Holdings Inc. (NASDAQ: SIRI) is the leading audio entertainment company in North America, and the premier programmer and platform for subscription and digital advertising-supported audio products. Pandora, a subsidiary of SiriusXM, is the largest ad-supported audio entertainment streaming service in the U.S. SiriusXM and Pandora’s properties reach more than 150 million listeners, the largest addressable audience in the U.S., across all categories of digital audio – music, sports, talk, and podcasts. SiriusXM’s acquisitions of Stitcher and Simplecast, alongside industry-leading ad tech company AdsWizz, make it a leader in podcast hosting, production, distribution, analytics and monetization. SiriusXM, through Sirius XM Canada Holdings, Inc., also offers satellite radio and audio entertainment in Canada. In addition to its audio entertainment businesses, SiriusXM offers connected vehicle services to automakers. For more about SiriusXM, please go to: www.siriusxm.com.