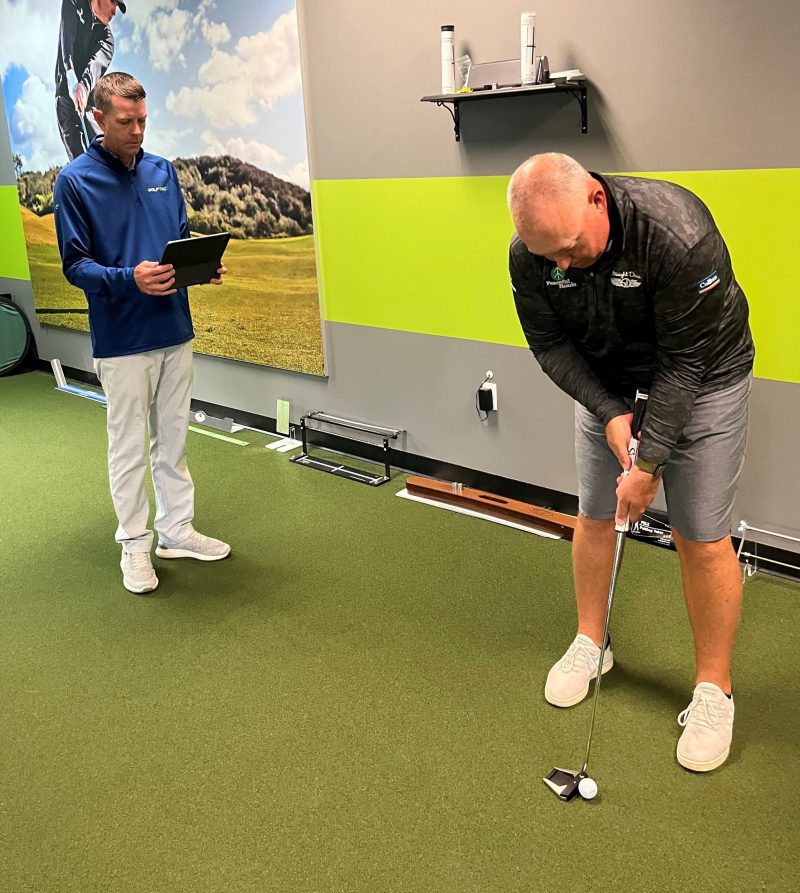 Over the last decade, Gutschewski kept improving, specifically dialing in his wedges, short game and putting with GOLFTEC Coach James Kinney from Omaha. “James has been instrumental in helping me during this journey,” said Gutschewski. “Being able to have that instant feedback through GOLFTEC’s systems and technology, then reviewing video and data with James has allowed me to focus on specific areas, especially my short game, and get to the point I’m at now.”

Gutschewski has played three events this season on the PGA Tour including the Sanderson Farms Championship, finishing T-51 at the Fortinet Championship, and T-39 at the Butterfield Bermuda Championship. Scott is back in action this week as he tees it up at the RSM Classic in Sea Island, Georgia.

“Scott’s perseverance and determination to keep improving and reach his goal makes all of us at GOLFTEC very proud,” said Kinney, a six-time Nebraska PGA Teacher of the Year. “We have been working hard on Scott’s short game and his commitment is paying off. Scott and I have been friends for a long time, so this partnership is special, and I look forward to his success on Tour this season.”

With over 600 GOLFTEC Coaches at over 220 locations worldwide, GOLFTEC is one of the largest employers of PGA Professionals. James Kinney is one of the hundreds of GOLFTEC Coaches who have been recognized by organizations like PGA of America, GOLF Magazine and Golf Digest for their excellence as golf instructors and mentors.

For the full article in the GOLFTEC Scramble click here.

Since 1995, GOLFTEC’s mission has remained the same—to help people play better golf. The GOLFTEC experience is designed for golfers of all ages and abilities to work with an expert Coach to build a game improvement plan customized to their specific needs and goals. GOLFTEC’s cutting edge training systems, including new OptiMotion, gives our Students and Coaches instant and data-driven feedback. With millions of lessons given and more than 220 locations across the world, GOLFTEC is the world leader in golf instruction.