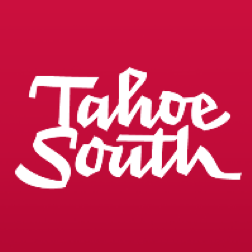 SOUTH LAKE TAHOE, Nev., – LPGA and World Golf Hall of Famer Annika Sorenstam has added the American Century Championship to her 2021 summer competitive golf schedule, becoming the fourth female entering the field that will feature more than 80 sports and entertainment superstars and athletes. Taking place July 9-11 at Edgewood Tahoe Golf Course in South Lake Tahoe and televised nationally on NBC, the 2021 American Century Championship will be the strongest field in the 32-year history of the tournament.

Sorenstam, the most decorated women’s professional golfer in history with over 90 worldwide wins, is making her second appearance in the American Century Championship. She finished T2 in her previous appearance in 2014.

A part-time resident of Lake Tahoe, Sorenstam will use the American Century Championship as her final competitive venture before fulfilling her goal in 2021 by playing in her first USGA Championship since 2008, the U.S. Senior Women’s Open, July 29-Aug. 1.

“Lake Tahoe has a special place in my heart and I’m excited to play the American Century Championship, one of my favorite events of the year, said Annika. “The competition is so fierce, the camaraderie off the course is genuine and the setting on the lake is spectacular.

“I have a lot of fond memories from playing in 2014, and I look forward to competing this year with my kids watching,” continued Annika. “I’m happy to play a few more events this year in preparation for the U.S. Senior Women’s Open. I need to keep progressing because these guys can play. I hope to improve on my finishes from earlier this year.”

Sorenstam finished 10th in the celebrity division at the Diamond Resorts Tournament of Champions in January and made her first LPGA start in 13-years at the Gainbridge LPGA in February, making the cut. She is competing this week in the inaugural Scandinavian Mixed in her home country of Sweden, a co-sanctioned event between the European Tour and Ladies European Tour that she also is hosting along with Henrik Stenson.

They join the strongest field in the tournament’s 32-year history that will include headliners Justin Timberlake, Aaron Rodgers, Patrick Mahomes and Charles Barkley. The field includes 16 Hall of Famers, 13 Most Valuable Players, 15 Cy Young Award Winners, eight Players of the Year and multiple Emmy and Grammy Award winners.

The tournament will be televised live on NBC and NBCSN with GOLF Channel surrounding tournament coverage with interviews and insights throughout the week. Tickets are now available online and in advance only at www.AmericanCenturyChampionship.com. Multiple precautions will be in place to ensure the health and safety for all participants as a limited number of fans return to enjoy the action.

The American Century Championship in scenic Lake Tahoe features a purse of $600,000 and charity fundraising components that have produced over $5.5 million for non-profits over the years. A first-place purse of $125,000 awaits the winner. The tournament takes place at Edgewood Tahoe Golf Course. The George and Tom Fazio design has been rated by Golf Digest Magazine as one of “America’s Top 100 Golf Courses.”

Nearly 40 current or former NFL players, coaches and Hall of Famers are teeing it up at Edgewood Tahoe. Active players Larry Fitzgerald, Ryan Fitzpatrick, Kyle Fuller, Robbie Gould, Travis Kelce, Patrick Peterson, Golden Tate and Adam Thielen all use the event as a final respite before the opening of NFL training camps each year.

Additional names to the field will be announced leading up to the championship in July. The current tournament field is available Here.

The 54-hole competition will test the golf skills of more than 80 players, some of whom compete as amateurs and donate their prize money to tournament charities.

The 2021 American Century Championship will utilize the Modified Stableford format whereby points are awarded as follows: 10 for a double eagle, 8 for a hole in one, 3 for a birdie, 1 for par, 0 for bogey, and minus 2 for double bogey.

American Century Investments, the title sponsor of the championship since 1998, continues its role in partnership with NBC Sports, the Lake Tahoe Visitors Authority, Edgewood Tahoe Golf Course and the South Tahoe community.

Lake Tahoe was recently designated No. 24 in the World Top 100 Golf Destinations for the best combination of experiences: spectacular golf, dining, attractions, resorts, culture by GolfPass. Tahoe South combines the distinctive appeal of two worlds: spectacular natural beauty and a modern tourism destination with an array of outdoor recreation, entertainment, nightlife and gaming. Tahoe’s timeless splendor and diversity toward health and wellness, green business practices and sustainability continue to define its inimitable personality. For information about lodging, recreation, packages, and healthy travel at Tahoe South, call 1-800-288-2463 or log onto www.TahoeSouth.com