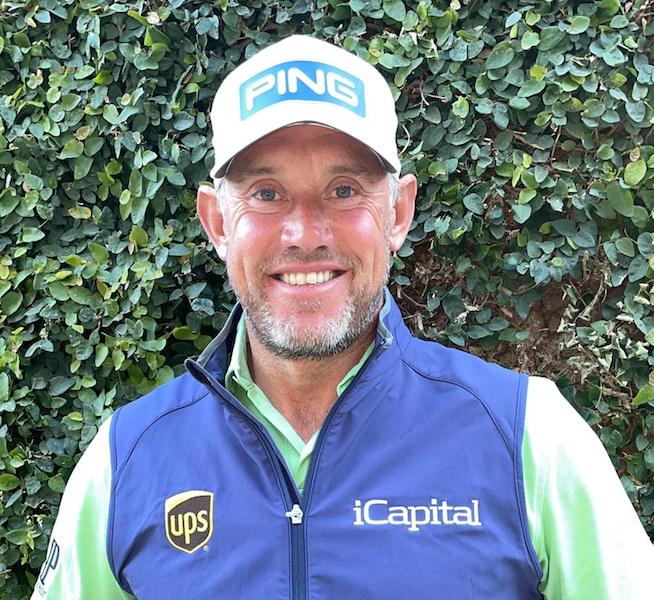 Westwood will debut iCapital logo at the US Masters Tournament

iCapital will launch the sponsorship at the first major men’s championship of 2021, the US Masters Tournament, on April 8 in Augusta, Georgia, where Lee will debut the iCapital logo.

Lee is in the prime of an illustrious career. In October 2010, he was named the world’s number one golfer, becoming the first British player since Nick Faldo in 1994 to hold that position. He has finished runner-up three times in Major Championships and in 2012, received an Order of the British Empire (OBE) for his service to the sport.

During his career, he has had the privilege of representing Europe in no fewer than 10 Ryder Cup competitions, having been on the winning side on 7 of those occasions, and is on track to make a record 11th appearance at Whistling Straits later this year. Lee is one of only a handful of golfers to have won tournaments on five continents (Europe, North America, Asia, Africa, and Australia). In 2000, he won an impressive seven tournaments worldwide and claimed the European Tour Order of Merit, a feat he has achieved 3 times, claiming his latest Order of Merit title in 2020 as he was crowned the Race to Dubai Champion.

From his first amateur event, where he was named the Nottingham Junior County Champion, to his 43 professional titles, including 24 victories on the European Tour, Lee’s career has been characterized by professionalism, humility, and integrity.

“As an avid golf fan, I have long admired Lee, not only as a gifted golfer, but as a distinguished professional who consistently demonstrates so much of what we value at iCapital – perseverance, commitment to being the consummate teammate, and playing for the long-term,” said Lawrence Calcano, Chairman and Chief Executive Officer of iCapital Network. “We are proud to have Lee as our ambassador and look forward to enthusiastically supporting him at The Masters and beyond.”

“I am incredibly excited to represent the iCapital brand and the values that we share,” said Lee. “I look forward to a long-term partnership and I’m grateful for their team’s support.

“As iCapital accelerates its international expansion, having such an internationally-renowned brand ambassador further demonstrates our commitment to bringing innovative solutions to the global marketplace,” added Lawrence.

In addition to partnering with Lee in client-facing and promotional pursuits, iCapital will support many of the philanthropic pursuits that Lee has championed through the Sir Graham Wylie Foundation, Children’s Hospital Sheffield and a variety of children’s health and sporting charities.

iCapital Network’s mission is to power the world’s alternative investment marketplace. Its financial technology platform has transformed the way alternative investments are bought, sold, and managed through tech-based solutions for advisors, their high-net-worth client base, wealth management firms, asset managers, and banks. The firm’s flagship platform offers advisors and their clients access to a curated menu of private equity, private credit, hedge funds, and other alternative investments at lower minimums with a full suite of due diligence, administrative support and reporting in a secure digital environment. Wealth management firms use iCapital’s turnkey technology solutions to provide clients with quality funds and simplified operational workflows in an intuitive digital experience. Asset managers and banks leverage iCapital’s tech- enabled services to streamline and scale their private investments operational infrastructure. iCapital was recognized in the 2018, 2019, and 2020 Forbes FinTech 50 and was named Solutions Provider of the Year in the 2020 MMI/Barron’s Industry Awards. As of February 28, 2021, iCapital Network has more than 390 employees and services more than $72 billion in global client assets across more than 753 funds for more than 125,000 underlying accounts.