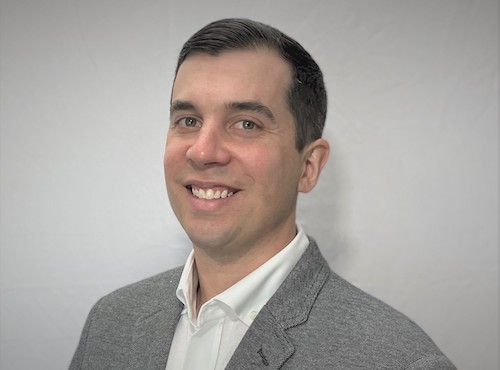 BOURBON, MO – Imperial Headwear, the #1 headwear brand for Private and Resort golf facilities as reported by the Association of Golf Merchandisers (AGM) in the Member Survey the last four consecutive years, announced Andrew Lamie’s hire as the Company’s new sales representative in the Tennessee and Kentucky territory.

“Andrew is a great addition to our sales team,” said David Shaffer, Vice President of Sales & Marketing at Imperial. “He has a lot of enthusiasm and passion in what he does, I can’t wait for him to dive right into our golf business in Tennessee and Kentucky.”

Lamie began his journey in the golf industry at an early age. Upon completion of the PGA PGM Program at Coastal Carolina University he decided to continue his education by earning his MBA at Charleston Southern University. After graduation, Andrew began his career coordinating tournaments including the 2012 PGA Championship and Ryder Cup as well as the 2013 U.S. Women’s Championship at the Country Club of Charleston.

In 2014, Andrew made the move to Chicago to serve as the Championship Director for the 2015 U.S. Amateur Championship at Olympia Fields CC. Upon completion of that event, he continued working on various PGA, LPGA, and Web.com Tour events until 2017 when he transitioned into the golf sales world with a leading apparel vendor.

Most recently, Lamie reprised his role as an Event Director for the Payne’s Valley Cup, the opening of Tiger Woods new course in Branson, MO. Throughout all his experiences in the golf world Andrew has consistently prided himself on building strong relationships while maintaining a strong work ethic with every position he has held.

Founded in 1916, Imperial Headwear is the leading manufacturer of premium quality headwear, apparel and accessories for the golf market. Imperial’s products can be found at 97 of the Top 100 and over 70% of the Top 400 golf courses in the United States. The Association of Golf Merchandisers (AGM) has voted Imperial the #1 golf headwear brand for four consecutive years.

Imperial is committed to style, functionality and perfection in fit and comfort. It is this commitment that has allowed the creation of a wide variety of headwear and apparel with quality that is second to none. Renowned for its superior customer service and art customization capabilities, Imperial offers its products using the most innovative fabrics and designs, as well as logo decoration and embellishment technologies.