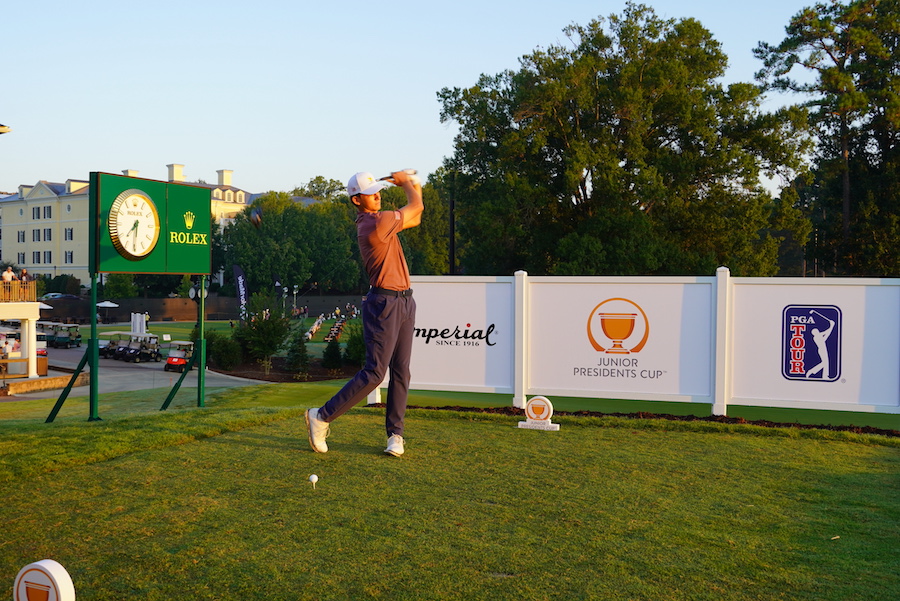 Bourbon, MO – Imperial, the #1 golf headwear brand in both the on and off course retail channels as reported by Golf Datatech and voted #1 headwear brand for private and resort golf facilities by the Association of Golf Merchandisers (AGM) in 2022, is proud to be a major partner of the Junior Presidents Cup.

As the “Official Headwear of the AJGA” all Junior Presidents Cup players sported Imperial hats as part of their official team uniform this year. After two high-intensity days of competition, the United States team has again emerged victorious as they claim the 2022 Junior Presidents Cup by a score of 13-11. 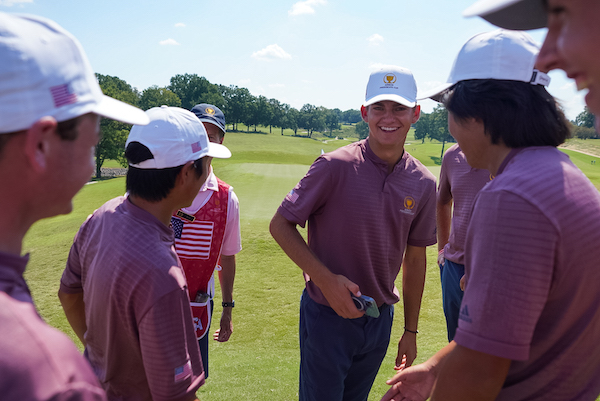 Hosted by the historic Myers Park Country Club, the final day of Junior Presidents Cup competition saw Team USA down 7.5-4.5 after six four-ball matches and six foursomes matches. Having an uphill climb to again win the cup meant they needed to start the day with some wins. They took home a full point in four of the first six matches and split another to begin their comeback.

Austin Pounds was a stand out during the competition, setting the tone with impressive drives and a solid putting game. Ultimately Pounds earned 2.50 of their 13 total points helping Team USA come back from behind. 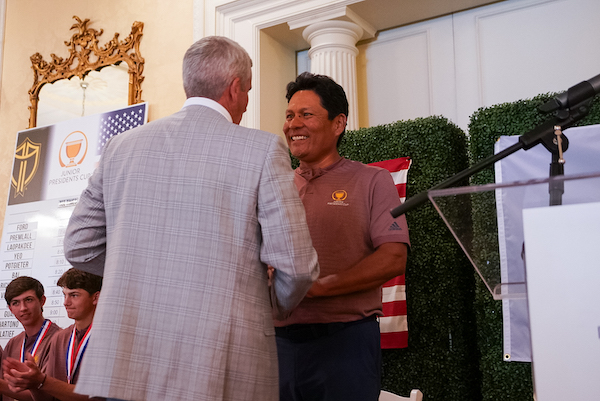 PGA Tour Commissioner Jay Monahan awarded the trophy to Notah Begay III, a member of the Navajo Nation and the first Native American to lead the Junior President’s Cup team.

Imperial has been the ‘Official Headwear of the AJGA’ since 2019 and will continue through 2026. AJGA staff and interns wear Imperial headwear at all AJGA events. Members of the 2022 Wyndham Cup, Junior Presidents Cup and the 2023 PING Junior Solheim Cup teams will also sport Imperial hats as part of their team uniform.

The American Junior Golf Association is a 501(c)(3) nonprofit organization dedicated to the overall growth and development of young men and women who aspire to earn college golf scholarships through competitive junior golf. The AJGA provides valuable exposure for college golf scholarships, and has an annual junior membership (boys and girls, ages 12-19) of more than 7,300 members from 50 states and 60 foreign countries. Through initiatives like the Achieving Competitive Excellence (ACE) Grant, a financial assistance program, and Leadership Links, a service-oriented platform that teaches juniors charitable-giving skills, the AJGA fosters the growth of golf’s next generation.

Founded in 1916, Imperial is the leading manufacturer of premium quality headwear, apparel and accessories for the golf market. Imperial’s products can be found at 99 of the Top 100 and over 70% of the Top 400 golf courses in the United States. Imperial is committed to style, functionality and perfection in fit and comfort. It is this commitment that has allowed the creation of a wide variety of headwear and apparel with quality that is second to none. Renowned for its superior customer service and art customization capabilities, Imperial offers its products using the most innovative fabrics and designs, as well as logo decoration and embellishment technologies. For further information please visitImperialsports.com. Follow Imperial on Twitter and Instagram at @ImperialHats and on Facebook at facebook.com/ImperialHeadwear.