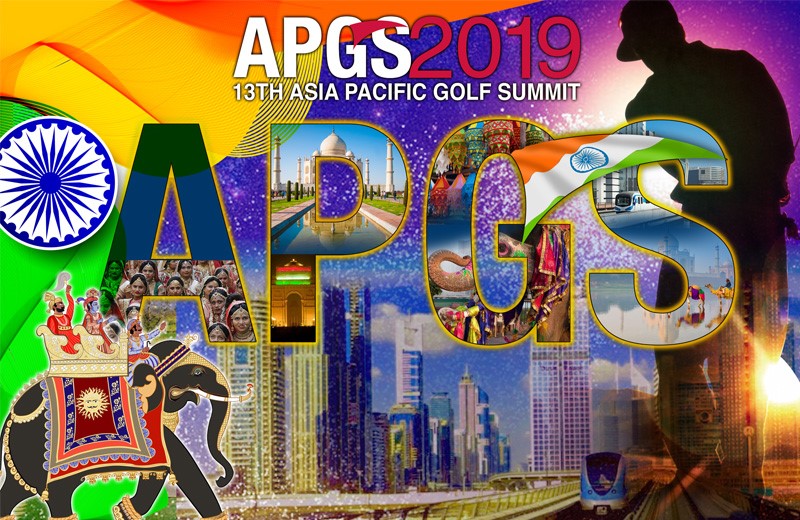 New Delhi: One of the world’s most highly regarded summits on the business of golf will be coming to India in 2019.

The Asia Pacific Golf Summit (APGS), the longest running golf business conference in the Asia Pacific will be staged at the prestigious DLF Golf Club in Gurgaon in the month of November 2019.

The staging of APGS 2019 will mark the thirteenth edition of this annual event which has become to be recognised as one of the finest events of its kind in the world.

“This is the first time that the Summit is headed to the Indian Sub-Continent and it makes good sense to have India as the host nation because it marks a historic milestone especially when you consider the fact that golf was introduced to the country in 1829 with the establishment of the Royal Calcutta Golf Club, the oldest golf club outside Britain,” said Mike Sebastian, chief executive officer and the owner and producer of the Summit.

For the past twelve years, APGS has been the go-to business summit for the golf industry in the Asia Pacific region. In that time, most of the great legends of golf have spoken at the Summit and included amongst them are Jack Nicklaus, Gary Player, Greg Norman, the late Peter Thomson, Arnold Palmer, Annika Sorenstam and other luminaries of the game.

“APGS 2018 was staged very successfully in the Thai capital city of Bangkok on November 1- 3 which was attended by some 300 delegates representing more than 22 countries – Australian golf legend and entrepreneur Greg Norman was inducted into the prestigious Asia Pacific Golf Hall Of Fame at the Asian Golf Awards ceremony,” said Sebastian.

One of the key considerations of APGS being brought to India is predicated by the fact that India has now gained global recognition through world class professional players like Anirban Lahiri, Shubhankar Sharma and Aditi Ashok who ply their game on the world’s toughest professional tours, namely the PGA Tour and the LPGA Tour. Combined with the rise of Indian stars is the fact that some of India’s golf courses are recognised amongst the best in the world with the DLF Golf Club in Gurgaon being awarded the Asia Pacific Order of Zenith which is the highest honour that is bestowed upon a golf club in the region.

“We are very proud to have received the Order of Zenith Award at the 2018 Asian Golf Awards because this serves as the absolute validation of our constant quest to set the highest standard of excellence at DLF Golf Club,” said Aakash Ohri, Executive Director at DLF Home Developers Ltd.

The Asian Golf Awards is globally recognised as the “Oscars” for the golf industry and this year, Mr. Ohri was recognised with the prestigious Golf Personality of The Year award and Mr. Vishal Bharti, general manager of DLF Golf Club was inducted into the Legion Of Leaders, an elite group of the best golf managers in the Asia Pacific.

APGS 2019 is expected to draw more than 400 international and Indian delegates and negotiations are now underway to bring in a few major golf legends and announcements will be made in due course.

“We expect only the best from India and we are highly optimistic that APGS 2019 will be the best Summit in the series and everyone in the golf industry is excited to make the trip to India,” concluded Sebastian.

The Asia Pacific Golf Summit started in 2007 when the first conference was staged in Singapore. Since then, it has grown to become the Asia Pacific’s top knowledge and business networking event for the golf industry.

The international milestones for The Summit include stagings at the following major cities of Asia:

It has attracted major legends of the golf industry to speak at The Summit:

Besides these golf and sporting icons, other notables have included the best names in golf architecture and the captains of industry in golf.

The Summit is owned and produced by the Asia Pacific Golf Group (2014) Pte Ltd (APGG), the leader in golf publishing and events in the region. APGG produces and owns the following:

APGG is a global force in golf with a highly focused perspective on Asia!