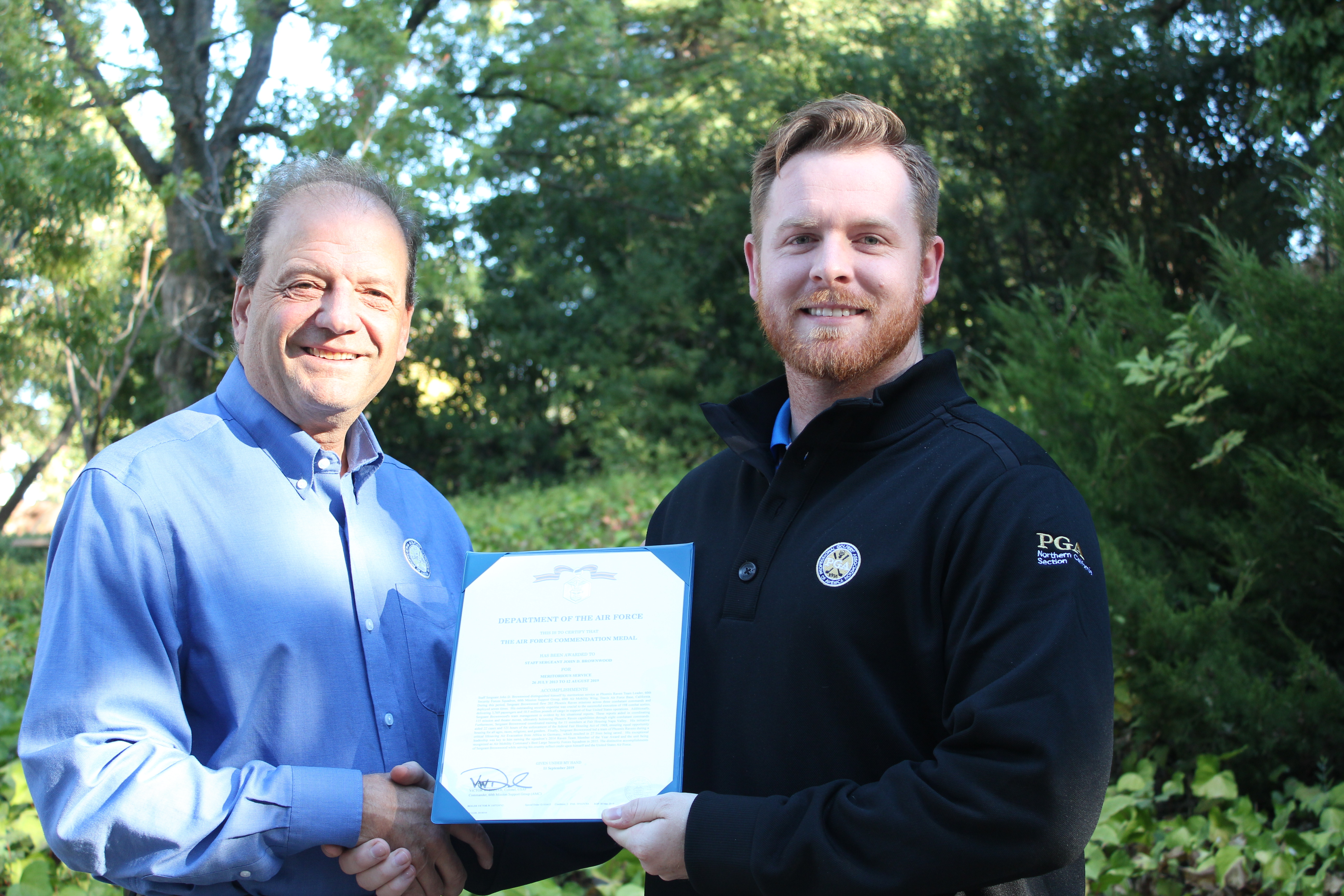 Aspiring PGA Professional, Brownwood Currently Works in Member Services and Player Development
for the NCPGA As he Pursues Membership in the PGA of America 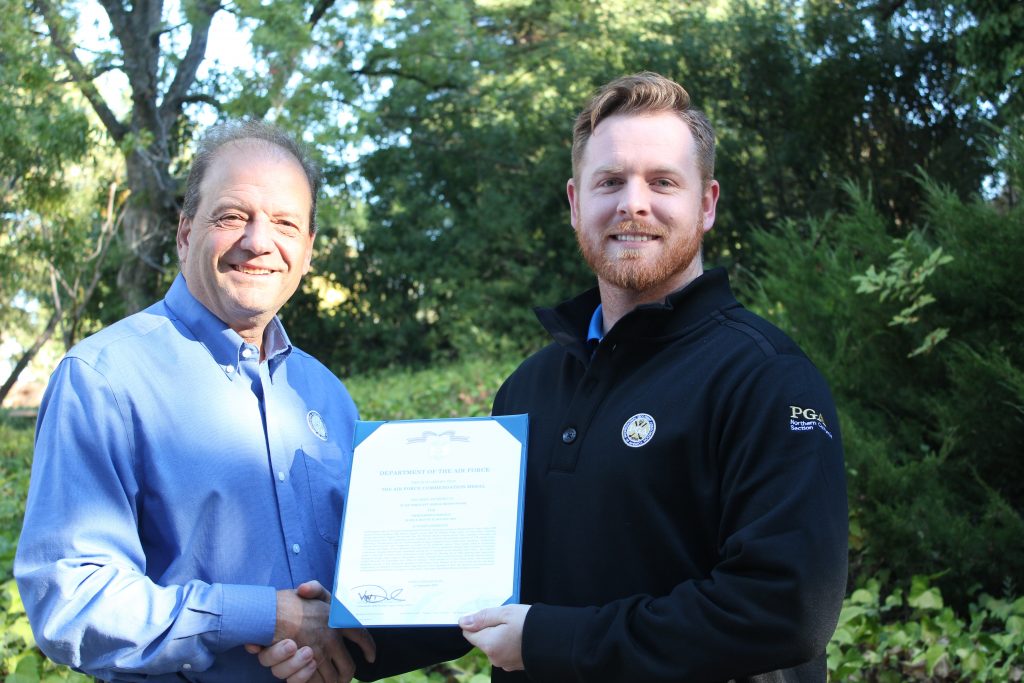 Brownwood, a native of Atwater, California and an aspiring PGA Professional who is working towards member in the PGA of America, currently works as the Member Services and Player Development Coordinator for the NCPGA.

Among his accomplishments, Sergeant Brownwood flew 202 Phoenix Raven missions across three combatant commands and deployed seven times. According to the commendation, ‘his outstanding security expertise was crucial to the successful execution of 198 combat sorties, delivering 3,769 passengers and 10.5 million pounds of cargo in support of four United States operations. In addition to numerous other accolades that define the commendation, Sergeant Brownwood led a team of Phoenix Ravens during a critical lifesaving Air Evacuation from Africa to Germany, which resulted in 27 lives being saved. The Commendation went on to state that ‘the distinctive accomplishments of Sergeant Brownwood while serving his country reflect credit upon himself and the United States Air Force.’

“The NCPGA is extremely proud to have a decorated Veteran like John Brownwood serve the Association and help drive our mission of growing the game and business of golf throughout Northern California,” said Len Dumas, Executive Director, Northern California PGA Section. “John brings the same passion to the golf industry that he put forth in the Air Force. I am confident his path to PGA Membership will be smooth and he will enjoy a successful career as a PGA Professional.”

“I am privileged to have served my country and humbled that U.S. Air Force has bestowed such an honor on me,” said Brownwood. “As I now continue my journey towards PGA Membership, I will utilize my experiences in the service to help drive my business expertise in the golf industry.”

A native of Atwater, California, Brownwood attended Atwater High School where he played Football and Golf and heavily involved in Future Farmers of America, serving as Vice President and President. Following his enlistment into the Air force, he was stationed at Osan Air Base, South Korea and Travis Air Force Base, California. He is currently Utilizing his Veterans Affairs Benefits to pursue his PGA Professional Certification.

About the Northern California Section of the PGA of America (NCPGA)

Organized in 1920 to promote interest in the game of golf, the birth of this association was heralded as an important step to the advancement of the game in this district. The Northern California Section is one of the forty-one designated Sections of the PGA of America, the world’s largest working sports organization. With over 1,100 dedicated PGA Professionals and apprentices at over 500 golf facilities in Northern California and Northwestern Nevada, the association continues to have a positive impact on the game of golf and communities both regionally and nationally. For more information, please visit www.ncpgalinks.com or call (707) 449-4742.