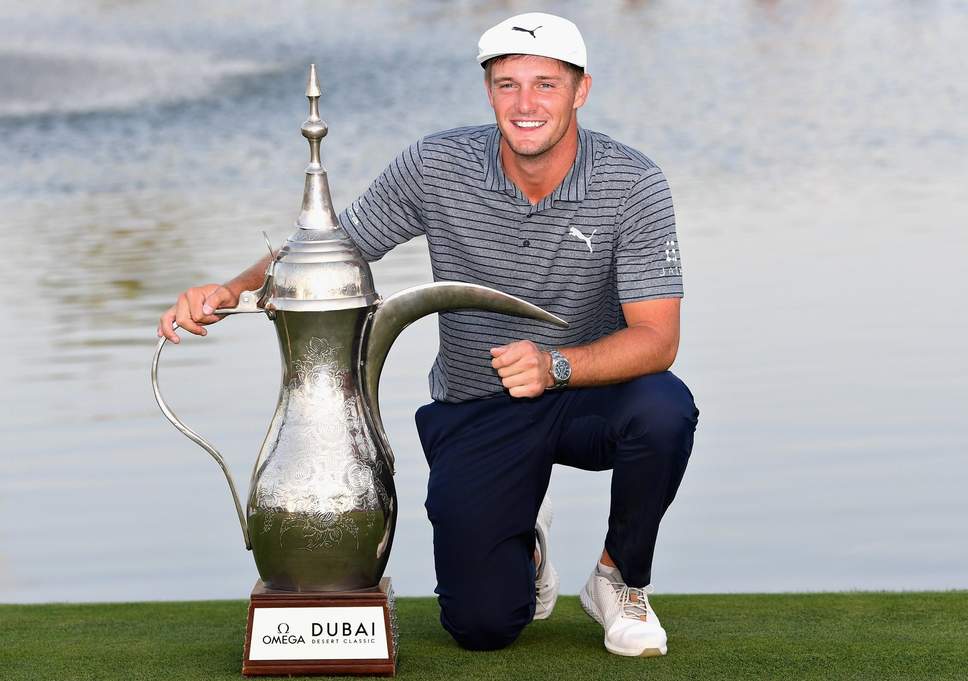 JumboMax® Tour Staff Professional Bryson DeChambeau didn’t just win his first European Tour event this past weekend, he ran away with it. DeChambeau finished 7 strokes ahead of the field to win the $3.25 million Omega Dubai Desert Classic. His closing round of 64 (8 under par) set a tournament record.

“It’s incredible to get my first win overseas, internationally on the European Tour,” said DeChambeau, who has now won 4 times in his last 9 starts.

DeChambeau, who started Sunday’s final round with a one-shot lead, sent a message early to the rest of the field. He birdied the first three holes to take a commanding lead he would never surrender. Six pars followed and he finished the front nine in just 32 strokes. He sealed the deal when he holed a 10-foot eagle putt on the Par-5 10th hole followed by another birdie on the Par-3 11th.

The $500,000.00 paycheck moves DeChambeau into 4th on the European Tour money list, the Race to Dubai. He is the second American winner on the European circuit this season and he is currently ranked 6th on the FedEx Cup Points List and 5th in the Official World Golf Rankings.

In the past two years, JumboMax Team Members, Bryson DeChambeau and Kelly Kraft have combined earnings in excess of $15.5 Million Dollars.