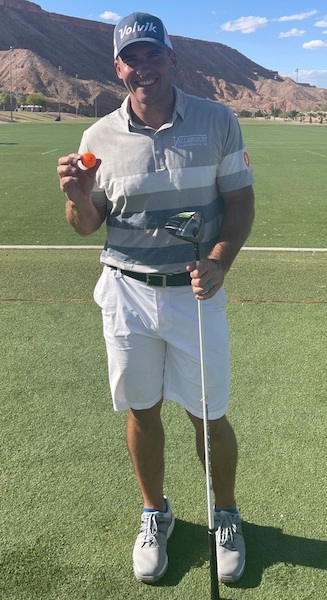 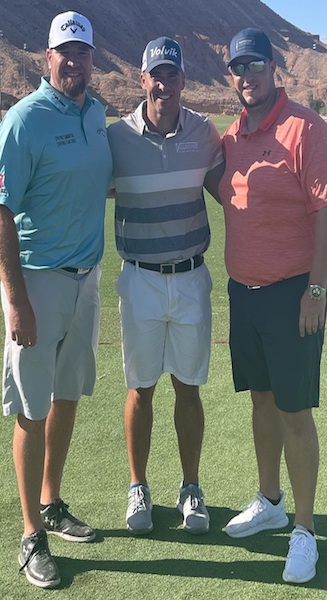 Justin competed in the Open Division of the Diamond in the Desert tournament on May 23, 2021 at the Mesquite Sports & Event Complex in Mesquite, NV. He competed against the top long drive competitors in the nation while wearing his SQAIRZ SPEED™ Grey/Black golf shoes and after numerous rounds, finally defeated Colton Castro of Washington with a drive of 372 yards to secure the victory. His best drive of the day was 437 yards.

When asked to comment after his victory, James said, “The field was full of a lot of talent and really fast guys, but I am so excited to pick up the win today. The long drive is all about who can get the most swing speed and the SQAIRZ shoes really make a difference when it comes to generating power and getting that extra distance. In fact, just last weekend I hit the longest drive of my career at 487 yards, so it must be the shoes.”

When asked for comment after James’ win, Robert Winskowicz, founder and CEO of SQAIRZ, stated, “All of us at SQAIRZ are proud to have Justin James representing SQAIRZ. Justin is an incredible athlete and is going to go down in the record books, I believe, as one of the longest drivers in the history of the game. When athletes of this caliber are in competition, the difference between victory and defeat can be a couple yards, so having the right tools to bring out your best performance is absolutely vital.  Structure in a golf shoe is paramount at all levels of the sport and must provide balance, stability and ground connection to optimize your swing speed.