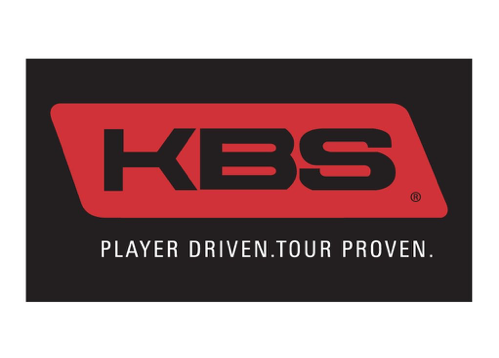 KBS went 2-for-2 over the weekend, winning the KPMG Women’s PGA Championship and the U.S. Senior Open. At the Women’s PGA, the champion started her campaign off with a scorching 8-under 64, stunning everyone given the conditions and how long Congressional was playing that day. With a five shot lead heading into the second round, you couldn’t ask for a better start. Congressional and major championship pressure would eventually settle in, and by time Sunday came around the lead had shrunk to three. After falling behind on Sunday, the champion made a crucial birdie on hole 16 that would turn her round around and eventually go on to win by one stroke and earn her third major title, first since 2016. She is the first LPGA player to make three of her first four victories on tour major championships. In her wire-to-wire victory she used a full bag of KBS, including the KBS TD 60G CAT 3 in her 7 Wood, the TOUR GRAPHITE HYBRID PROTOTYPE 75G in her hybrids and the PLAYERS GRAPHITE IRON 90G in her irons.

The second major title of the weekend came at the U.S. Senior Open, where our longtime friend earned his first tour victory since 2015. Like the PGA winner, the Senior Open champion got off to a hot start and would hold a five stroke lead heading into Sunday. He quickly saw his lead diminish and was in a battle to the finish. Making a clutch birdie on hole 15 to move back to (+1) on the day, was just enough to hold on and win his fourth major championship title and his first on the Champions Tour. He plays the KBS TOUR-V 125 in his irons and the TOUR-V 120X in his wedges. KBS congratulates both players on their tremendous wins. To learn more about the winning shafts used, head to kbsgolfshafts.com.

KBS is the fastest growing and most innovative steel shaft brand in the industry. Since its release in 2008, over 200 professionals across the PGA, European, Korn Ferry and LPGA Tours trust KBS shafts. That number is highlighted by 10 of Top 50 players in Official World Rankings. KBS shafts incorporate unique and advanced shaft designs to provide golfers maximum feel and performance. Headquartered in Boulder, Colo., KBS is manufactured in partnership with FEMCO Steel Technology (FST). Products are available through all major golf club manufacturers through stock or custom options. KBS has a vast network of dealers, both online and in-person, who provide custom fitting, ordering, and building.