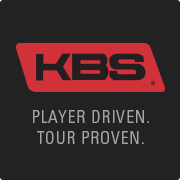 It was a Red Label sweep this weekend for KBS, winning four times across four tours. We had three first- time winners, and a veteran win who looks to be at the top of his game. The latter claimed his fifth win at the AT&T Pebble Beach Pro-Am and 44th win overall on the PGA Tour. The player played fantastic golf throughout the week, including hitting every fairway in the first round, something he has never done before. He finished with a winning score of 19-under par by a total of three strokes. This is his first win of the 2019 season. He uses the Tour-V 125 in his irons and wedges.

On the Web.com Tour, the winner posted a blazing 5-under par 65 to come from behind and win by one stroke at the Panama Championship. He began his round three shots back making his win all the more impressive. He finished at 8-under par 272, making this his first win on the Web Tour. He uses C-Taper 130 in his irons.

The last two wins of the weekend were special, due to the circumstances of the event. In its inaugural tournament the ISPS Handa VIC Open was a mixed gender tournament combining the European Tour, LPGA Tour, the PGA of Australia and Australian Ladies Professional Golf tours. The winner on the men’s side, closed out his victory in exciting fashion making an eagle on the 18th hole to win by one stroke. He finished with a 18-under par 270 total. This is his first win on the European Tour. He uses the KBS Tour 130 in his irons and the Tour Graphite Hybrid Prototype 95x. The winner on the women’s side was also a first time winner on the LPGA Tour. The winner finished at 8-under par, winning by two strokes. She uses both KBS Hybrids in her bag.

Congratulations go out to ALL of the winners this weekend!