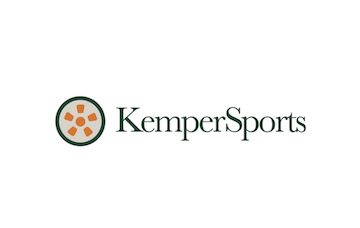 NORTHBROOK, Illinois,  – KemperSports properties recently exceeded the $1 million milestone in fundraising efforts for Folds of Honor, a nonprofit organization that provides educational scholarships to the families of fallen or disabled military men and women. Since 2013, the golf course management company has worked closely with the organization and inspired staff across its portfolio to host creative programming, events, fundraisers and friendly competitions to benefit the organization. Through the collective efforts of its staff, KemperSports has funded more than 200 Folds of Honor scholarships.

“KemperSports is an incredible partner, and we are grateful for its commitment to our mission and the selfless giving of so many staff members who have helped reach this milestone,” said Folds of Honor Founder/CEO Lieutenant Colonel Dan Rooney. “We are proud to continue our work with KemperSports and its staff as we further our mission of honoring the sacrifice and educating the legacy of those who have paid the ultimate sacrifice for our country.”

Notable fundraising efforts over the last three years include the team at the Village of Sands Point (Sands Point, N.Y.) who collectively raised $94,000, the team at Hawthorn Woods (Hawthorn Woods, Ill.) who  raised $68,000, and the team at Golden Horseshoe (Williamsburg, Va.) who raised more than $40,000. Scott Bailey of the Governors Club (Brentwood, Tenn.) and Cody Franke of Desert Willow Golf Resort (Palm Desert, Calif.) also stand out as Folds of Honor champions for the company, leading significant  fundraising efforts that contributed to the million dollar mark. KemperSports’ relationship with Folds of Honor is a year-round effort and reaching this million dollar mark is an important step in the company’s long term goals to support the organization.

“Supporting Folds of Honor and serving the communities in which we operate is ingrained in our company culture,” said KemperSports Senior Vice President Mark Hoesing, a U.S. Marine Corps veteran. “We are so proud to be able to support the families of those who have given so much for our country. This is by no means an end to our giving and our fundraising efforts, but rather a reminder of what’s possible when our teams come together to support such a worthy cause. We look forward to continuing our support of Folds of Honor in the years to come and hiring scholarship recipients to work for our company and our clients.”

For more information on this and other KemperSports community efforts, please visit www.kempersports.com. 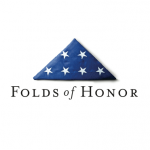 About Folds of Honor

Folds of Honor is a 501(c) (3) nonprofit organization that provides educational scholarships to the spouses and children of military members who have fallen or been disabled while serving in the United States Armed Forces. Our educational scholarships support private school tuition or tutoring in grades K-12, as well as post-secondary tuition (two- or four-year college/university, technical or trade school). Since its inception in 2007, Folds of Honor has awarded over 35,000 scholarships totaling over $160 million in all 50 states. Among the students served, 41 percent are minorities. It is rated a four-star charity by Charity Navigator and Platinum on GuideStar. It was founded by Lt Col Dan Rooney, the only-ever F-16 fighter pilot and PGA Professional, who is currently stationed at Eglin AFB, Florida as a member of the 301st Fighter Squadron. For more information or to donate in support of a Folds of Honor scholarship visit foldsofhonor.org.