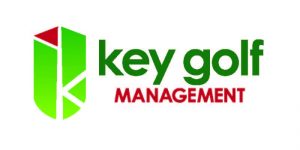 LAS VEGAS, NV (June 22, 2018) – When you consider the history of golf in Las Vegas, any conversation must start with one facility – Las Vegas National Golf Club.

This iconic club, which opened in 1961 as the Stardust Country Club, has hosted many professional tour events, with such names as Jack Nicklaus, Lee Trevino and Mickey Wright claiming victories there. Las Vegas National was part of the rotation when Tiger Woods recorded his first professional victory in the 1997 Las Vegas Invitational.

The club is just as well known for the list of celebrities who have played there, including the famous Rat Pack. Locals tell great stories about late night matches under the glow of the driving range lights. Many nights would end with Frank Sinatra, Dean Martin, Peter Lawford, Joey Bishop and Sammy Davis Jr. around the piano, entertaining guests with songs and stories.

But as newer courses began popping up around town, Las Vegas National slipped into the background, and course conditions suffered. Then in 2010, ownership made what proved to be a facility-saving decision.

Key Golf was called in to take over all golf course maintenance aspects at Las Vegas National. 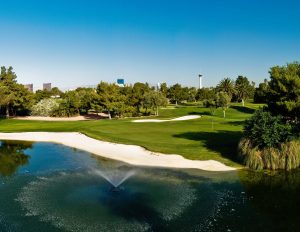 “When we took over the maintenance the course was in really bad shape,” said Key Golf Regional Superintendent Jared Bumpus. “About 50 percent of golf course was dirt. There were a lot of problems.”

“When Key Golf took over, about the only thing that was green and growing were weeds,” said Wood, who has been at Las Vegas National for six years. “The saying was, ‘don’t spray weeds because that’s all we got.’

“Now, the course is in beautiful shape, and we’ve received a lot of positive reviews. Key Golf has done a great job turning it around.”

The main challenges centered around drainage and irrigation, which was originally installed in 1960 prior to the opening of the course.

“It still has a mainline consisting of Transite which is an asbestos-cement pipe that was used during that time period,” said Bumpus. “Also the entire system is the old style “box” which means all heads are tied into a valve that operates numerous heads instead of the newer systems that have one or two being operated at a time.”

Because of that irrigation system, Key Golf has faced some unusual challenges.

“Since each valve operates 10 to 15 heads, when two of them stick, upwards of 500 gallons a minute are being pumped and eventually the pump loses pressure and shuts off,” said Bumpus. “Since we water at night, we don’t realize what has happened until we come in the next day.

“Also, cracks in the pipes are an issue. With today’s PCV pipe it is a simple cut and trim fix. However with Transite pipe the cracks are vertical, making for a much tougher fix. And with the asbestos, our guys have to put on special suits and goggles for protection.”

A retro-fit of the entire irrigation system is cost-prohibitive, so the Key Golf team must rely on its expertise to keep the course properly irrigated, providing a superior experience for the players.

“Key Golf uses better products and better seed,” said Wood. “Prior to their arrival it was a bottom line thing. Everything was minimal. That’s not the case with Key Golf. They make a lot of their own chemicals through a subsidiary. Their products when applied to the golf course do a much better job. They try to buy blended seed that is a year old or more so you get better germination during overseeding. It all makes a big difference.”

In fact, Key Golf conducted tests and a study to determine which specific variety of seed would be the perfect fit for Las Vegas National.

Key Golf has tackled several other projects to enhance the overall experience at Las Vegas National. They reconstructed many of the tee complexes, and have been replacing dying trees at a clip of approximately 40 planted trees per year.

They also built a practice area on the back end of the range for the University of Nevada Las Vegas golf team.

The end result has been this: Las Vegas National has been repositioned to the lofty heights it enjoyed in its glory days. The total number of rounds played there proves it.

“We’ve increased rounds from 45,000 to 55,000 per year in a three to four year period,” said Wood. “We’ve had our challenges, but overall Key Golf has done a tremendous job. I would certainly hire them again.”

Key Golf also provides course owners with other services, such as: National buying power with leading vendors; policy and procedure manuals; training and educational seminars for staff; and the ability for owners to know their fixed costs when it comes to course maintenance. Key Golf also represents reputable industry products such as Linebacker Bunker Liners, and Ultimate Turf® fertilizer.

“The National”, designed in 1961 by architect Bert Stamps, has a rich history to say the least. The course hosted a number of LPGA & PGA events including the Tournament of Champions, Sahara Invitational and the Las Vegas Invitational, and was the site of Tiger Woods’ first professional victory.

During the 1960’s, The National played host to the big names of the Strip. The Rat Pack frequently played golf then spent time in the bar, entertaining around the piano. For more information about Las Vegas National visit lasvegasnational.com.