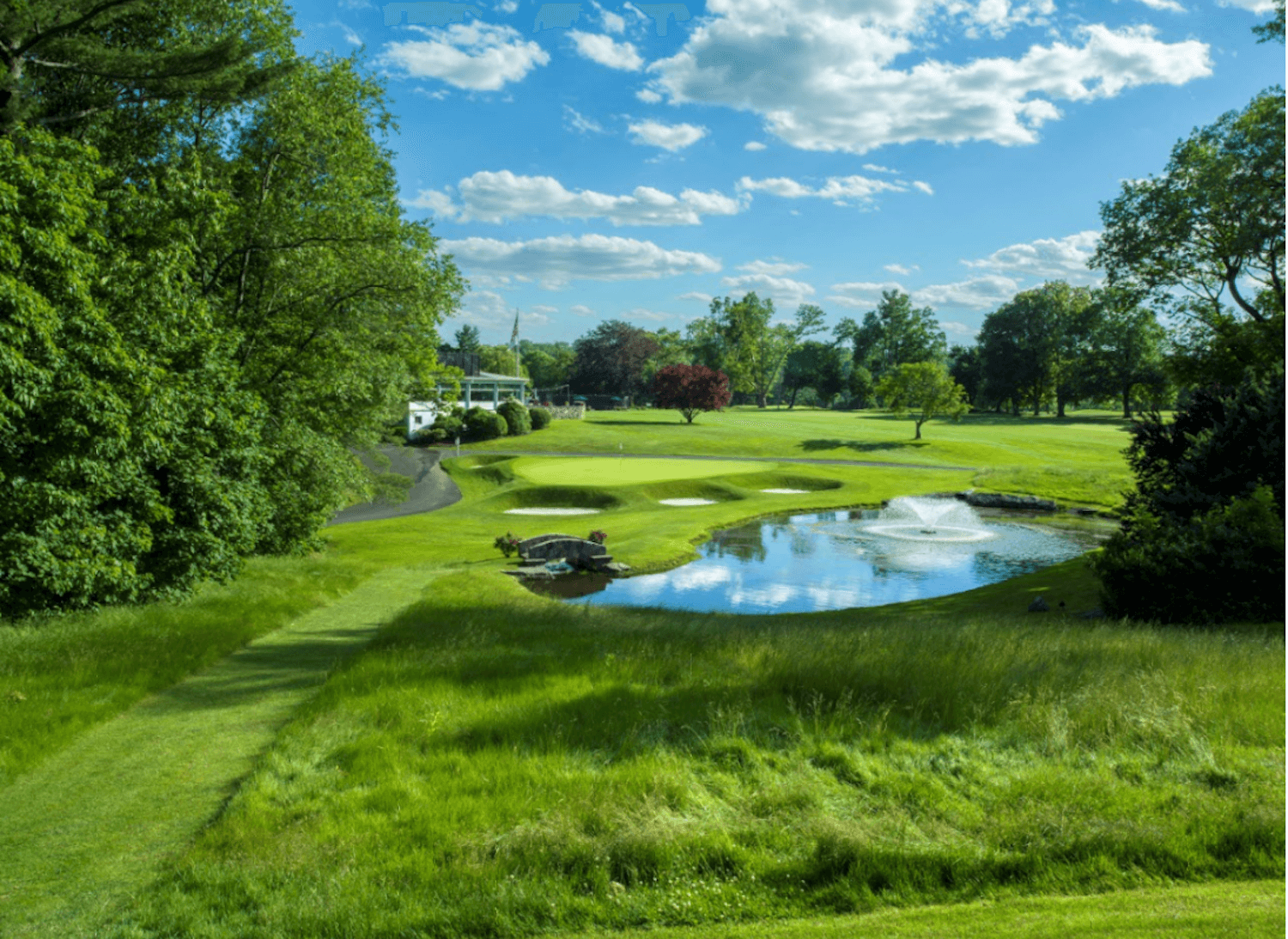 As Knollwood Country Club begins its 125th golf season, the club’s famed 19th hole was recently named one of “Golf’s Six Best 19th Holes” by Links Magazine. The 123-yard par 3 was added to the course in 1928 by Seth Raynor and Charles Banks, 34 years after the club’s opening.

According to Knollwood Country Club historical documents, club member Bobby Jones suggested adding the 19th hole as he felt that the walk from the 18th green to the clubhouse was too long. Known as “The Bye,” the tricky par 3 plays from an elevated tee box over water to a tiny back-to-front-green and is protected in front by a row of three bunkers.

Knollwood Country Club is located in renowned Westchester County. The 18-hole golf course was completed in 1894, making it the oldest private club still in its original location in the United States. Knollwood was also one of the first 15 clubs to join the USGA and iconic golfers frequented the club, including Francis Ouimet and Bobby Jones. The original golf course was designed by Lawrence Van Etten. In 1924, the club hired A.W. Tillinghast to expand the golf course. At Tillinghast’s direction, the club purchased an additional 50 acres of adjacent land which was ultimately redesigned by Seth Raynor to add approximately 1,000 yards in length. Raynor passed away before the course was completed, so Charles Banks finished the project. The present-day course will play 6,552 yards from the championship tees.  Knollwood’s 18th hole has been named toMet Golfer’s “Dream 18” as one of the finest holes in the greater New York area. The current 9th green remains from Van Etten’s earliest course.