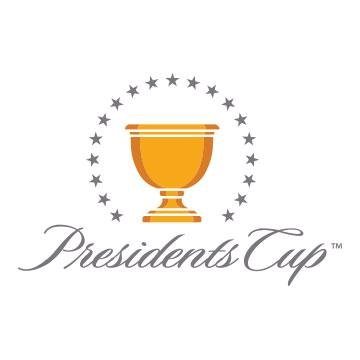 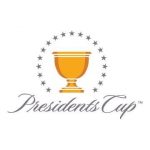 MELBOURNE, Victoria, Australia – Brooks Koepka, who qualified as the No. 1-ranked player for the U.S. Presidents Cup Team, announced today that he has been forced to withdraw from the 2019 competition due to a knee injury. U.S. Team Playing Captain Tiger Woods used the additional selection afforded to him by Koepka’s withdrawal to select Rickie Fowler. The Presidents Cup will return to Melbourne, Australia and The Royal Melbourne Golf Club for the third time, December 9-15, 2019.

Koepka’s statement: “Today, I am announcing my withdrawal from the U.S. Presidents Cup Team because of my knee injury. I notified Captain Tiger Woods that despite constant medical care and rehab, I am not able to play golf at this time. I consider it to be a high honor to be part of the 2019 team and I regret not being able to compete.

Since my injury in Korea, I have been in constant contact with Tiger and assured him that I was making every effort to be 100 percent in time for the Presidents Cup in Australia. However, I need more time to heal.

I’m sorry I won’t be able to represent the Red, White and Blue this time around and I wish my teammates nothing but the best as they work to retain the Presidents Cup for the USA.”

December’s event would have been Koepka’s second Presidents Cup appearance after making his debut in 2017 and compiling a 2-2-0 record.

“Brooks and I talked, and he’s disappointed that he won’t be able to compete,” said Woods. “I told him to get well soon, and that we’re sorry he won’t be with us in Australia. He would clearly be an asset both on the course and in the team room.”

Fowler will now play for the third time on the U.S. Team following a strong showing in 2017 at Liberty National where he was undefeated with a 3-0-1 record.

“I spoke to Rickie and he has agreed to join the U.S. Team,” Woods said. “Rickie has played on a couple Presidents Cup teams, was someone seriously considered for a pick and is well respected and liked by his teammates. I know he’s going to do a great job for us. We’re all excited about this year’s event. The course is outstanding, the fans will be loud and we’re playing against great competitors. We’re ready to go.”

“When I heard Brooks wasn’t going to be ready to play, I was bummed for him and the team,” Fowler said. “Then I got a call from both Brooks and Tiger. I was humbled and excited to be given the chance. These team events have been some of the most memorable weeks of my career. To be picked by Tiger to compete with him and the rest of the team is very special. It is impossible to replace the world’s No. 1, but I can assure my teammates and American golf fans that I will be prepared and ready to do my part to bring home the Presidents Cup.”

PGA TOUR Wins: 5
Presidents Cup: 2 (2015, 2017) / 4-3-1 record
2018/19 Highlights: Won fifth PGA TOUR title at the Waste Management Phoenix Open. Recorded second consecutive and third career top-10 at the Masters Tournament, tying Patrick Cantlay and Jon Rahm for ninth. Recorded six top-10 finishes on the season in which he reached the TOUR Championship for the fifth consecutive time.
Notable: Finished 11th in the final Presidents Cup standings when the top eight earned a spot on the team. Was undefeated in his last appearance at the 2017 Presidents Cup with a record of 3-0-1. Went 2-0-1 when paired with Justin Thomas that year and won his Singles match against Emiliano Grillo.

About the Presidents Cup

The Presidents Cup is a unique golf event in that there is no purse or prize money. Players are not paid for their participation, but each competitor allocates an equal portion of the funds generated to charities of his choice. Since the event’s inception, more than $49.1 million has been raised for charity from event proceeds, as well as contributions made on behalf of the Presidents Cup, including a record charitable donation of $10.7 million from the 2017 event alone.

Citi and Rolex are the exclusive Global Partners of the Presidents Cup.

An unrivalled reputation for quality and expertise

Rolex, a Swiss watch manufacture headquartered in Geneva, is recognized the world over for its expertise and the quality of its products. Its Oyster and Cellini watches, all certified as Superlative Chronometers for their precision, performance and reliability, are symbols of excellence, elegance and prestige. Founded by Hans Wilsdorf in 1905, the brand pioneered the development of the wristwatch and is at the origin of numerous major watchmaking innovations, such as the Oyster, the first waterproof wristwatch, launched in 1926, and the Perpetual rotor self-winding mechanism invented in 1931. Rolex has registered over 500 patents in the course of its history. A truly integrated and independent manufacturing company, Rolex designs, develops and produces in-house all the essential components of its watches, from the casting of the gold alloys to the machining, crafting, assembly and finishing of the movement, case, dial and bracelet. Through philanthropic programmes and a broad palette of sponsorship activities, Rolex is also actively involved in supporting the arts, sports and exploration, and encourages the spirit of enterprise, as well as the conservation of natural environments.

About Melbourne – A Golfing Great
There are many sides to Melbourne. It’s serious yet playful, quiet yet dramatic, sport-obsessed yet in love with the creative industries.

Melbourne is a city that is constantly evolving, improving and changing, every day and all year round. The city innovates, is hungry for new ideas and delivers unexpected experiences from its inspired laneways, bars, art spaces, restaurants and boutiques.

Melbourne, and Victoria’s regions including the Bellarine and Mornington Peninsulas, are also home to Australia’s finest golf courses.

The famed Melbourne Sandbelt is superbly regarded internationally, with eight courses epitomising the golden age of golf architecture. These highly ranked layouts are built on land in the southeast suburbs and are conveniently located within a short distance of each other.

In 2018, Melbourne hosted the PGA TOUR’s World Cup of Golf, with the Royal Melbourne Golf Club proud to welcome the 2019 Presidents Cup for the third time this year. The Australian Open of Golf returns to the city in 2020 and 2022.