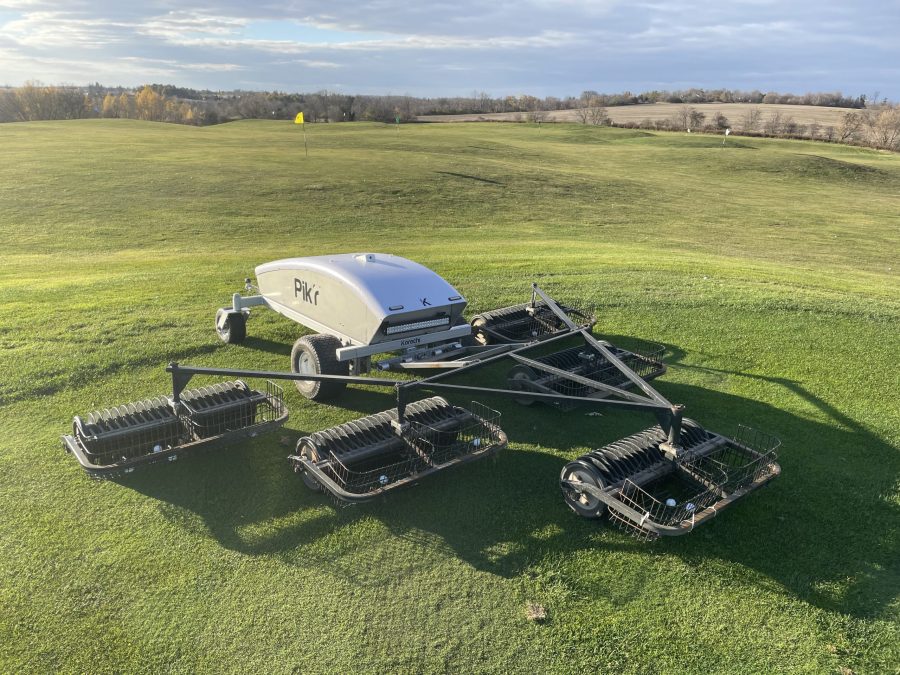 Oshawa, Ontario – Canada-based robotics and automation company, Korechi Innovations Inc., is all set to present the first-time demonstration of their high-capacity, heavy-duty, range-picking robot at the PGA Show Demo Day. During the demo and fitting day, scheduled to be held on January 24th at the Orange County National Golf Centre in Orlando, the company will present its unique autonomous range-picking robot, Pik’rTM.. The robot can also be seen at the PGA Show between the 25th and 27th of January in the Inventors Spotlight zone (Booth 4217) at the Orange County Convention Center – West Concourse.

Pik’rTM has been designed and manufactured in Canada exclusively for the golf industry. The robot utilizes the existing industry standard 3 and 5-gang golf ball pickers by replacing the vehicle and 80% of the driver’s time with a rugged electric, autonomous robot. This is the first product that utilizes the existing range picker and infrastructure for quick and easy implementation without needing buried perimeter wires or a ball pit installed in the ground.

According to the official sources in the company, Pik’rTM uses high-precision GNSS for navigation and can run autonomously and quietly for up to 13 continuous hours on a single charge. It can pick up to 4000 balls per trip and cover up to 7 acres per hour. An integrated software package enables operators to view and control live navigation over the internet.

Since Pik’rTM has been designed and built based on Korechi’s rugged farming robotic technology, it has minimal impact on soil, natural or artificial turf. The technology also seeks to contribute to environmental sustainability by replacing fossil fuels. By using battery power, the robot reduces the carbon emission of the facility. Pik’rTM replaces a significant portion of human labor and reduces the dependence on the seasonal labor required at golf facilities.

Korechi Innovations was founded in 2016 in Ontario, Canada. The company is headquartered at Suite 300, 2 Simcoe Street South, Oshawa, Ontario, Canada, L1H 8C1. Korechi currently services customers in Canada and the USA, focusing on automation using innovative technologies to reduce labor-intensive tasks in the golf and agricultural industries. An experienced board of advisors supports the company that a number of incubators, including Innovation Factory, Spark Centre, BioEnterprise, Communitech, Google Cloud for Startups, Startup with IBM, NVIDIA Inceptions Program, and Microsoft for Startups have vetted.