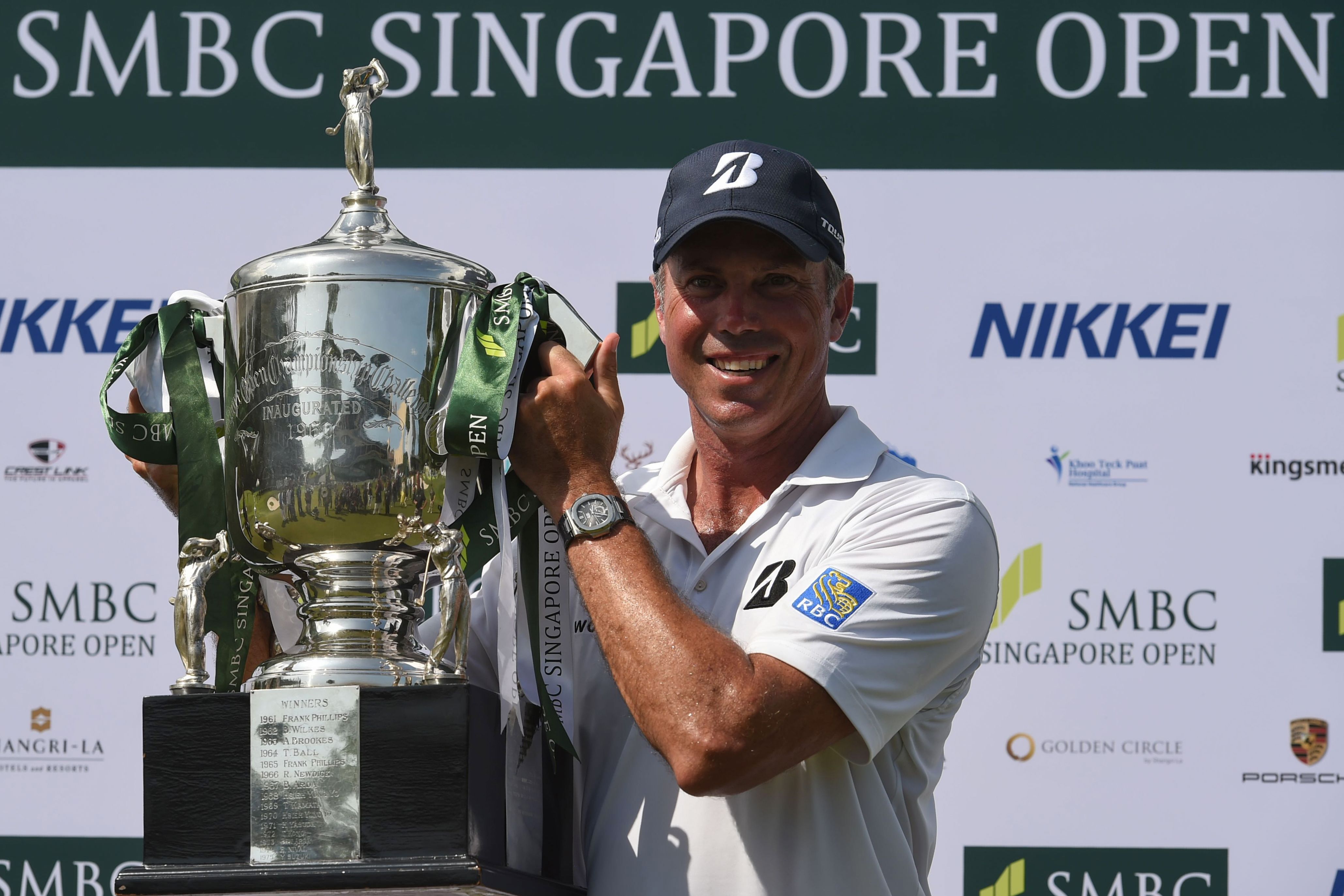 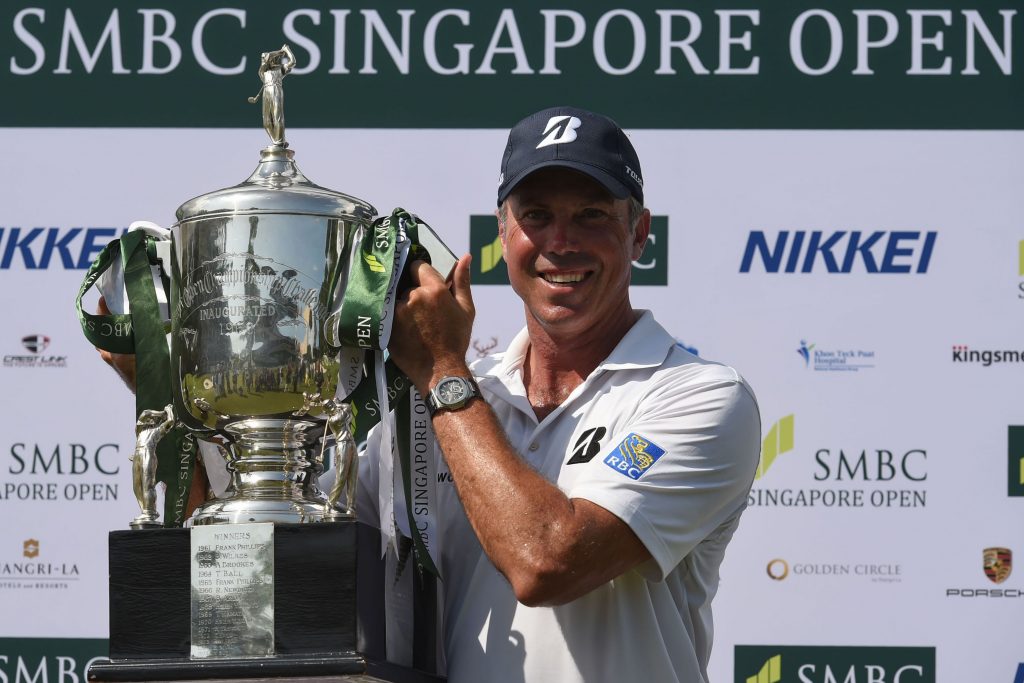 Matt Kuchar of the US poses with the trophy after winning the Singapore Open tournament at Sentosa golf club in Singapore on January 19, 2020. (Photo by Roslan RAHMAN / AFP) (Photo by ROSLAN RAHMAN/AFP via Getty Images)

Tinley Park, IL: Bettinardi Golf Tour Staffer, Matt Kuchar, trusted his KM-1 Armlock to win the Singapore Open, finishing 18-under par to secure the championship and win his first-ever Asia Tour tournament. Kuchar, riding a high from his clinching putt in the Presidents Cup in December, kept his red hot putting momentum as he recorded 25 total birdies (total 266) on the week, with one eagle.

In the final round, Matt trusted his Bettinardi Armlock putter to stay tied as the tournament leader, making lengthy putts through the first nine, and then on the back, ultimately clinching the Singapore Open title with a 30+ foot birdie to finish at 18 under, three shots ahead of runner-up Justin Rose to win. Matt starts the new year off with another hot start, following last year’s Sony Open in January. Kuchar becomes the first American player to win in Singapore since 1988.

“It was great to see Kuch putt so well all week and get a big win to start the 2020 season off. His putting was very consistent, and he once again showed the world why so many believe in the Armlock method and trust Bettinardi putters when it comes to making big putts,” said Sam Bettinardi, Vice President of Bettinardi Golf.

“I was playing good golf all week, and when I got in difficult situations during the final round, I was able to reset and trust by putting to make huge birdie putts down the stretch on the back nine. Those four birdies were huge after a few uncharacteristic tee and iron shots from me,” said Matt Kuchar on trusting his putter and process.

“We hope this win kicks Matt off to another strong start for 2020. The last two years he’s played some of the best golf I’ve seen him play, and he’s putting remarkably well. Seeing him keep his faith in the Armlock method and continuing to trust Bettinardi year after year, it doesn’t get much more rewarding than that for Sam and myself.” – Robert J. Bettinardi

With the win, Matt Kuchar jumped four spots to 20th in the world, according to the Official World Golf Rankings. This was a huge win for Kuchar, as he stated before the Singapore Open that a major goal of his was to return to the Olympics for the 2020 Tokyo games.

Bettinardi has seen a record number of consumers contacting them about Armlock putters, requesting appointments to be properly fitted and dialed-in at their specifications at Studio B, Bettinardi’s state-of-the-art putting studio near Chicago.