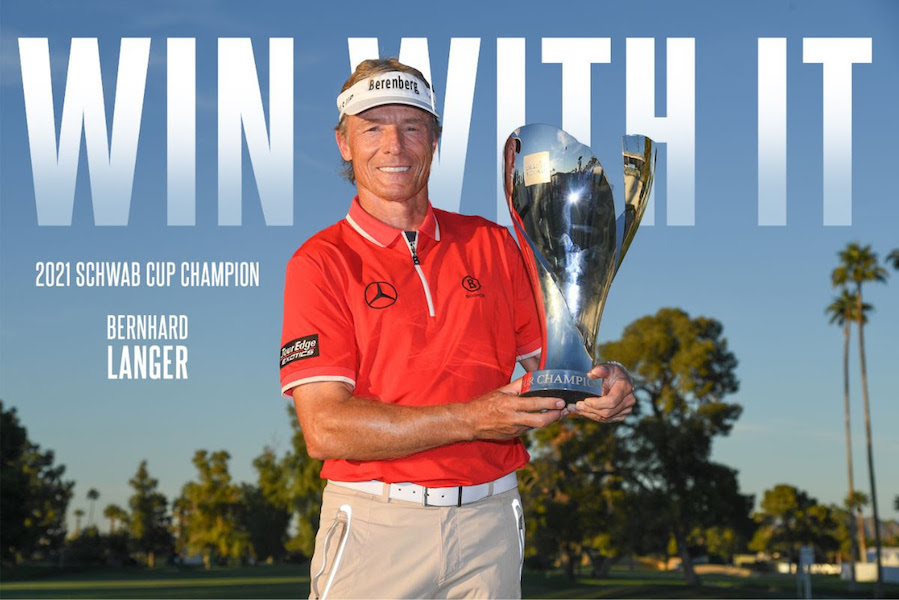 At the PGA TOUR Champions Charles Schwab Cup Championship Sunday, Langer won the 6th Schwab Cup of his storied career, the most of any player in Champions history.

“I’m just overwhelmed, you know, at 64 to win this thing six times,” said Langer. “It will probably be my last one, I’m almost sure of that, but it’s very, very special.”

After experiencing intense back pain in the first two rounds that almost saw him withdraw from the championship, Langer fought back to shoot the low round of any player in Round 3.

He shot an 11-under 63 Saturday, beating his age for the first time in his career in what he called one of his best rounds of his career given the circumstances.

“It was fun to get a result because we did a bit of math last night, my son and I,” said Langer. “He said, ‘If you finish top 18, Jim Furyk would have to finish second,’ so my goal was to do that. My goal was to be in the top-18 tomorrow.”

Langer did just that and shot a final-round 69 for a solo 17th-place finish to clinch the Schwab Cup trophy that represents the longest season in PGA Tour Champions history.

Langer played in all 39 events held in the “super season”, earning 24 Top 10 finishes in the process.

“When we signed Bernhard to join our professional staff at the start of the 2021 season, we knew we had an all-time legend coming on board to Tour Edge,” said Tour Edge President David Glod. “To see him fight back against all the pain he was facing this weekend was one of the most impressive rounds of golf that I have ever witnessed.”

“Congratulations from every person involved with Tour Edge go out to Bernhard on his amazing accomplishment. I’d like to thank him for trusting our equipment to lead him to the number one spot and for being the most professional and hard-working player I’ve ever been around,” added Glod. 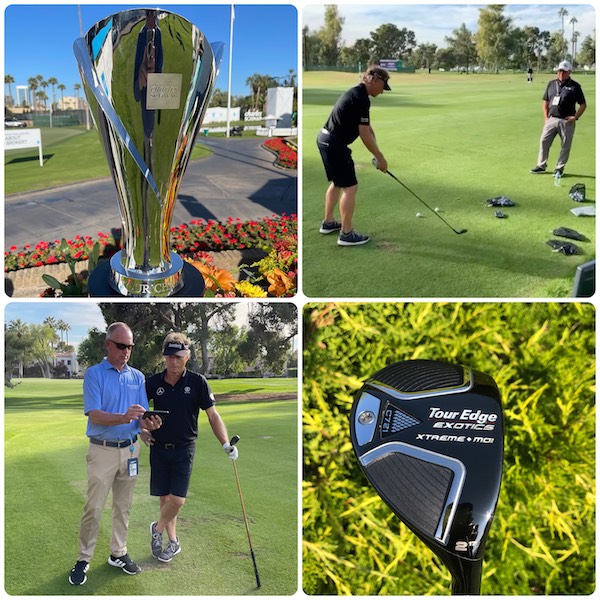 “This has been a long-term vision for Tour Edge,” said Glod. “We have definitely found a home on the PGA TOUR Champions and will continue to grow our presence on this tour and other professional tours due to the success that we’ve had out here.”

Six players out of the Top 34 players on the PGA TOUR Champions were playing Tour Edge clubs at the Charles Schwab Cup Championship held at Phoenix Country Club.

Four players, including Langer, finished in the Top 20 of the event playing Tour Edge clubs.

Tour Edge has been experiencing a meteoric rise on the PGA TOUR Champions over the past few seasons.

The company has seen 2,325 clubs in play by over 133 different PGA Tour professionals on the three PGA Tours over the last four seasons. In that time, the company has earned 14 wins, 86 Top 5’s and 206 Top 10 finishes.

Over 30 players chose to play a Tour Edge driver this season. That led the company to a driver victory, 10 Top 5 finishes and 16 Top 10’s with their drivers this season.

The biggest growth in usage and performance came in the iron and wedge categories for the surging brand. They experienced seven Top 2 finishes, 14 Top 5’s and 25 Top 10’s with their irons this season with very similar success with their wedges.

Tour Edge has been a part of 13 victories and 24 runner-up finishes on the PGA TOUR Champions since 2018 and has been in the bag for a 1st or 2nd place finish 37 times in the last 81 Champions events played (45%).

The legendary #TeamTourEdge tour staff includes Ken Duke, Bernhard Langer, Tom Lehman, Scott McCarron, Tim Petrovic and Duffy Waldorf. Tour Edge products have been in play for 24 victories on the PGA Tours, including 10 on the PGA TOUR and 13 on the PGA TOUR Champions.