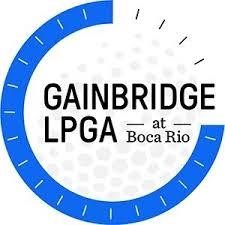 Seven of the Top-10 Players in the World Headline Field, Led by World No. 1 and Defending Champion Nelly Korda

BOCA RATON, Fla., – The tournament field for the 2022 Gainbridge LPGA at Boca Rio was finalized Monday following an 18-hole Monday Qualifier at Boca Rio Golf Club. Laura Restrepo (4-under 68) and Luna Sobron Galmes (3-under 69, won on 1st playoff hole via a birdie) captured the top-two spots to gain entry into the first full-field event of the 2022 LPGA Tour season, taking place Thursday-Sunday, Jan. 27-30.

The field also will feature two World Golf Hall-of-Famer members: Karrie Webb, who will return to LPGA Tour competition for the first time in two years; and Laura Davies, who has 87 worldwide professional victories.

2022 sponsor exemptions include Taylor Collins and Nishtha Madan. Collins is currently a PGA Teaching Professional at Coral Ridge Country Club in Ft. Lauderdale. She captured the South Florida PGA Section Championship in September, becoming the first woman to win the tournament in its 42-year history. Madan, formerly India’s top-ranked women’s amateur and a two-time member of the Indian National Team, turned professional 2020 following a standout collegiate career at Sacramento State University. She finished second on the Cactus Tour money list in 2021 and has recorded five professional wins since turning professional. Madan will be competing on the Symetra Tour in 2022 and will be making her LPGA Tour debut at the Gainbridge LPGA at Boca Rio.

The 2021 Gainbridge LPGA was contested at Lake Nona Golf and Country Club in Orlando, Fla., in late February, when Nelly Korda captured her fourth LPGA Tour win at 16-under par. The win was her first on American soil and with her parents in attendance. The Gainbridge LPGA at Boca Rio made its debut in 2020, with Madelene Sagstrom capturing the inaugural championship, her first LPGA Tour victory. Group 1001 has been a proud sponsor of the LPGA since 2017.