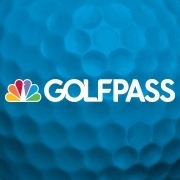 With his dramatic victory at the 2019 Open Championship, Lowry became the first Irishman to win a major championship on the Emerald Isle since the Royal & Ancient last hosted The Open there in the 1960s. With the win, his name immediately vaulted among the best in the world.

Hosted by noted golf instructor and GOLF Channel personality Martin Hall and produced on location at The Club at Ibis in West Palm Beach, Fla., the new season of Lessons with a Champion Golfer will be a 14-episode deep dive of instruction, providing a rare, insider’s look into Lowry’s practice regimen. He covers a selection swing methods, drills and tips used throughout his career, from bombing the driver to chip shots around the green. Lowry also shares thoughts about his mental game – thought processes during the golf swing and some of his personal traits that may go against common practices.

As with the first season of Lessons with a Champion Golfer, which featured World No. 1 Rory McIlroy, this new season also will utilize top technology, including a Swing 360 camera, specialty graphics, Toptracer and Trackman stats.

Golfpass Is Designed For Today’s Golfer:

Lessons with a Champion Golfer is included in a vast library of video content available exclusively as part of a GOLFPASS membership, including originals like The Conor Moore Show, Breaking into the Game: Juniors with Michael Bannon, My Daily Routine, My Roots, and more. GOLFPASS is the only comprehensive digital golf membership that delivers exclusive content and comprehensive benefits tailored to the modern golfer’s lifestyle across five pillars – Play, Learn, Shop, Travel, Watch – which are the most frequent ways golfers engage with the sport. Developed in partnership between global golf superstar Rory McIlroy and NBC Sports Group, GOLFPASS is a first-of-its-kind, direct-to-consumer subscription program, which offers opportunities to play more golf, comprehensive tools to improve any golfer’s game, high-quality video content, and enhanced shopping and travel experiences. A GOLFPASS membership is available in North America at GOLFPASS.com, in the U.K. and Republic of Ireland at GOLFPASS.co.uk, and in Australia at www.golfpass.com.au. The GOLFPASS membership also is available via connected TV, iOS and Android apps.