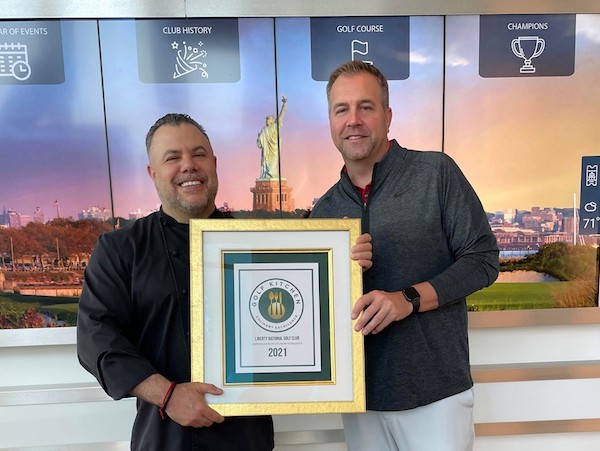 “Shaun is a multidimensional chef with specialization in various fields, including culinary, spirits and mixology, wine studies, community outreach, and beekeeping. He sat for his CMAA certification last year and qualified. Is there anything Lewis can’t do,” said DeLucia.  “Under his leadership a strong culinary program has been developed and is an excellent springboard for the right team members to develop culinary ideas.”

One of the world’s most picturesque golf courses, Liberty National Golf Club is located along the Hudson River in Jersey City, N.J., with striking views of the Statue of Liberty, Ellis Island and Manhattan skyline. The golf club fittingly opened on July 4, 2006 and is guided by the vision and leadership of former Reebok Founder/Chairman & CEO Paul Fireman, currently chairman of Fireman Capital Partners, and his son Dan Fireman, managing partner of Fireman Capital Partners. Liberty National has been the proud host numerous PGA Tour events and The Presidents Cup in 2017. Later this year, the club will host The Northern Trust 2021.  The club offers a very personalized culinary service with an emphasis on using the highest quality ingredients and proper techniques. Chef Lewis has garnered a reputation for creating some of the most luxurious events and has set a new standard in event dining for the PGA Tour.

“I am so proud of our team and very happy for the Fireman family to receive this prestigious award,” Lewis said. “It means a great deal to all of us at Liberty.”

The Golf Kitchen Certification of Culinary Excellence is based on a rigid set of criteria and a club’s ability to produce an exemplary product, as evaluated by an independent review of the entire food and beverage operation, including but not limited to:

The evaluation criteria and process were created by an advisory board comprised of noted private club managers, chefs, and culinary consultants. As part of the process, clubs must apply to be considered for certification, followed by an on-site evaluation and a series of interviews with the culinary team and management.

DeLucia believes that club dining rooms will become the “go-to” restaurants of the future, an observation made even more likely in the era of COVID. “With more younger people coming back to private clubs, in particular younger couples and families joining clubs and moving into golf communities, the club’s culinary offerings are increasingly important,” she said.

For additional information about Golf Kitchen or the Certification of Culinary Excellence, access the website at www.golfkitchen.com. 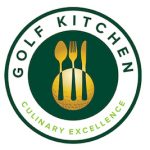 Golf Kitchen was founded in 2014 by Diana DeLucia, an internationally recognized culinary writer/photographer, to recognize private golf and country clubs for the quality of their culinary offerings. The Golf Kitchen portfolio includes a bi-annual magazine, books, special culinary events, and an annual program, the Golf Kitchen Culinary Excellence Awards. which is held at GlenArbor Golf Club, in Bedford Hills, New York, annually.