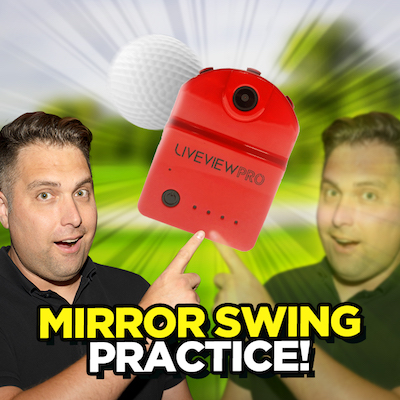 The idea of practicing your golf swing in front of a mirror is probably almost as old as golf. The self-awareness that comes from seeing yourself and connecting the objective image with a kinetic feeling is invaluable in accelerating and re-enforcing the learning of a new skill.

Shane’s children worked for several years using traditional video-based instruction when it occurred to Shane that the learning process could be greatly accelerated by providing traditional video tools like swing planes in a live environment. Instead of showing students mistakes only after they had already been made, live swing tools would show mistakes as they were occurring and allow for instant correction. With a live swing tool environment, students could practice precisely, learn quickly, and avoid forming bad habits.

Shane’s idea culminated in the successful completion of a Kickstarter campaign that raised over $10,000 for the initial production of LiveViewGolf cameras.