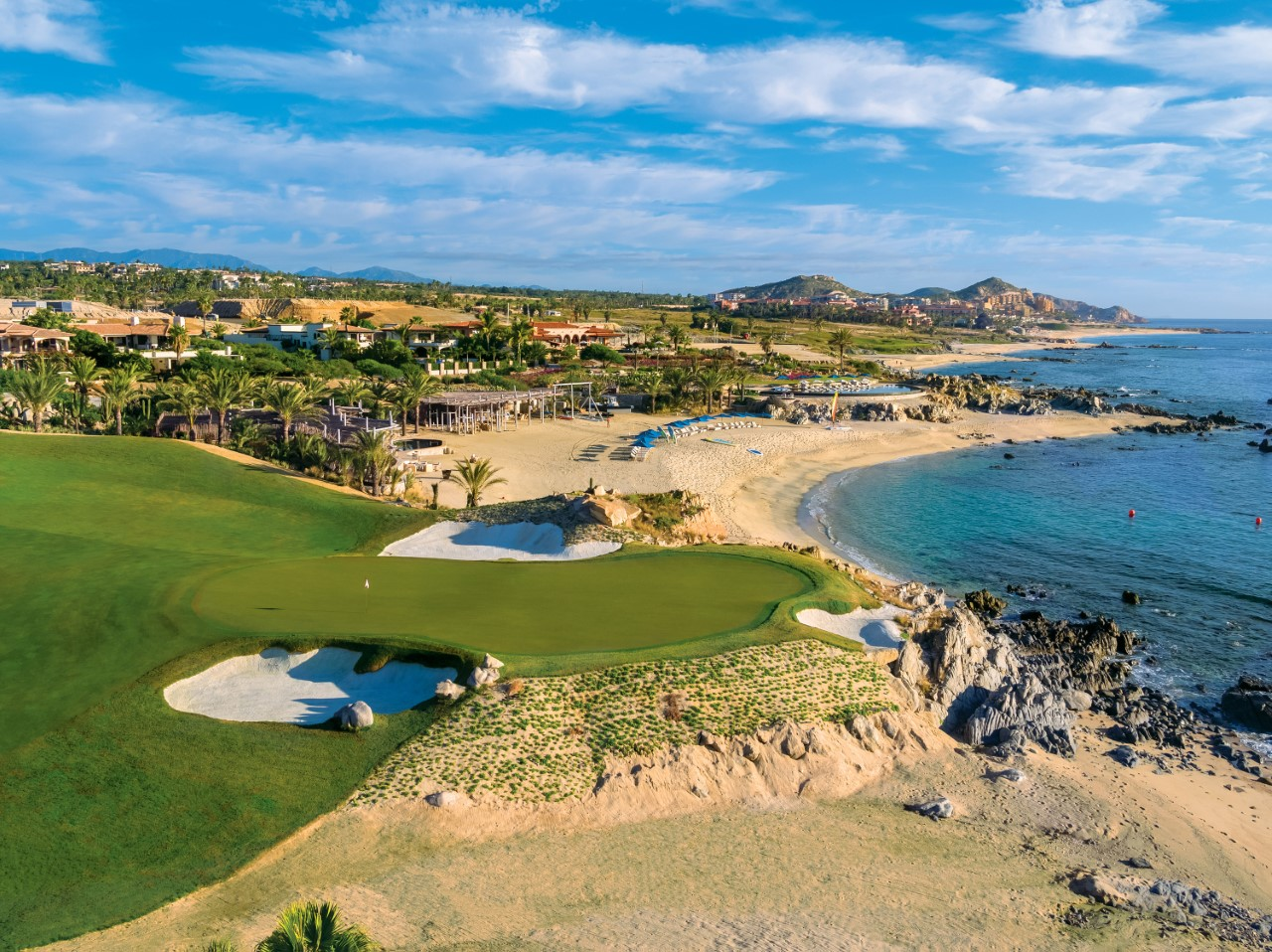 Now in its fifth year, the publication’s Editors’ Choice Awards annually honor “The best of the best” and offer a “complete guide to the golf lifestyle,” with an emphasis on top products, services and resorts across the globe. In the ‘Destinations & Accommodations’ sector, editors examine criteria beyond golf, determining which resorts offer the finest vacation experiences.

In the ‘Best Golf Resorts in Mexico and Central America’ bracket, Los Cabos claimed four of the eight spots, more than any other destination in the region. 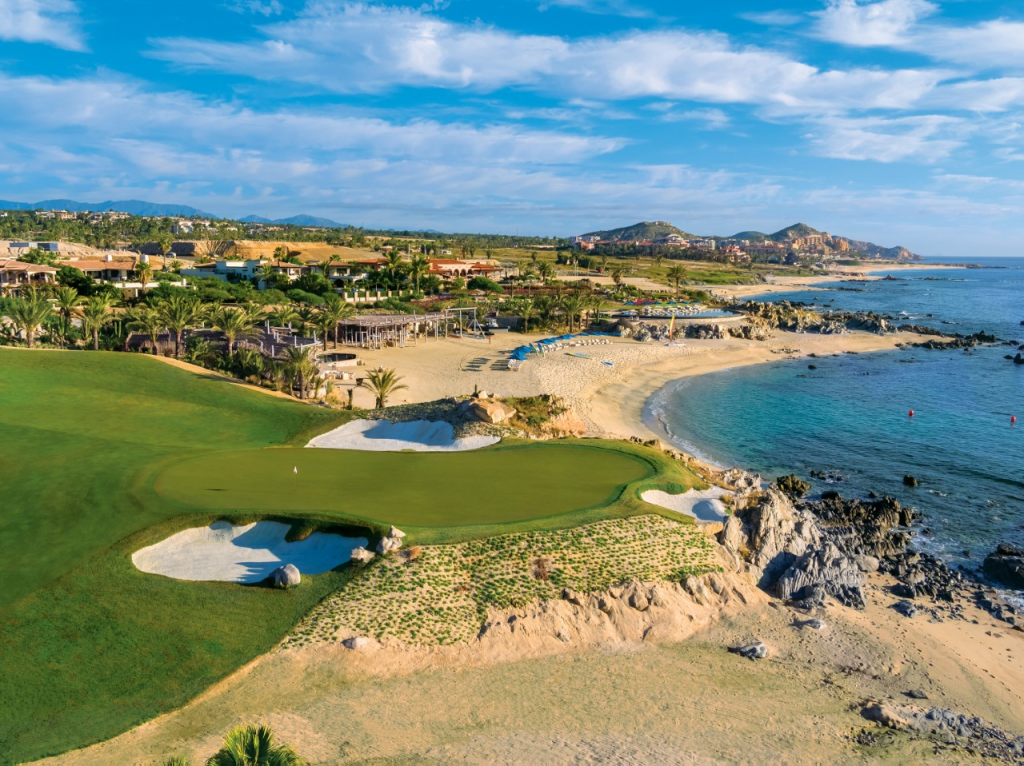 Heading the winner’s list is Cabo del Sol, the 36-hole facility credited with putting Los Cabos on the international golf map when its Ocean Course debuted in 1994. Renamed the Cove Club and reopened last year with several new holes, recrafted bunkers, a new landscape scheme and improved playing surfaces, the layout occupies what course designer Jack Nicklaus once described as “the best golf property I’ve ever seen.” Holes stretch across a stunning desert landscape touched by the Sea of Cortes and framed by rugged mountains. Tall cardon cacti and tawny granite outcrops stake out the fairways and greens. Forward tees place most of the hazards out of harm’s way for average players, while the club’s new kid-friendly Roosterfish markers measure a welcoming 4,451 yards. In addition to comfort stations on both nines, an Airstream trailer parked on the beach behind the fifth green offers Mexican specialties and refreshments.

Also receiving an Editors’ Choice Award is newcomer Grand Solmar at Rancho San Lucas. Centerpiece of an 834-acre resort and residential community set in rolling desert foothills that tumble down to the Pacific Ocean, the development’s Greg Norman Signature golf course opened earlier this year. Known for his ‘least-disturbance’ design approach, Norman created a low-profile, links-style layout with ocean views from every hole. Earthmoving was kept to a minimum: the site’s contours and topography were ideal for the routing of a naturalistic course. Spanning three different ecosystems, the sturdy 7,210-yard course rambles through huge windswept dunes at the start, climbs through groves of giant cardon cacti creased by winding arroyos, and returns players to the beach and sea at the finish. The layout’s defining feature is its revetted pot bunkers. These steep-walled sandy pits were constructed from recycled artificial turf and are nearly identical to the natural sod-walled bunkers found on British links courses. Norman used them sparingly.

In addition to a pair of on-course comfort stations, a handsome ranchero-style clubhouse overlooks the fairways and sea. Rancho San Lucas is a private club with exclusive access available to guests of Solmar Group hotels, including the new on-site Grand Solmar at Rancho San Lucas resort.

One&Only Palmilla earns its moniker as the “Grande Dame” of Los Cabos. Palmilla Golf Club, the first Jack Nicklaus Signature course in Latin America, is located five minutes from a legendary hideaway built in 1956 by the son of a former president of Mexico. The glamour and ambience of the original resort was carefully preserved at One&Only Palmilla, which opened in 2004 following a $90-million expansion and refurbishment. This ultra-luxe property, continuously upgraded to retain its iconic status, is set on a rocky promontory that juts into the Sea of Cortes, its protected sandy coves fronting azure-blue waters calm enough for swimming.   The hotel is a perennial favorite of Hollywood A-listers.

Palmilla’s Mountain and Arroyo nines, chiseled into in a box-shaped canyon walled in by steep stony peaks, set the stage for top-shelf golf in Los Cabos when the core 18 opened in 1992. Routed around boulder-strewn arroyos and cactus-covered foothills, Palmilla was the first course in the hemisphere to partake of the region’s unique mountain, desert and ocean ecosystem. Tournament-tough from the tips, the layout’s wide fairways and open-entry greens accommodate players of lesser attainment. The Ocean nine, added in 1999, features a 600-foot elevation change that carries players from the mountains to the sea.

The final Editors’ Choice Award was claimed by Quivira Golf Club, a dazzling layout grafted onto a spectacular site at Land’s End at the exact place where the Sea of Cortes meets the Pacific Ocean. Arguably the most daring, eclectic and compelling course Jack Nicklaus has ever built, Quivira, his sixth design in Los Cabos, is an aesthetic tour de force and an unforgettable test from any set of tees.

Highlighted by risk-reward options and breathtaking drops from tee to fairway, Quivira offers more oceanfront exposure than any other course in Los Cabos. This breezy, multi-themed layout starts at sea level, climbs the face of a mountain, tiptoes along sheer granite cliffs, zigzags through massive sloping dunes, and ambles across rolling desert foothills. A Nicklaus favorite is the short par-4 fifth hole, its slanted fairway wedged between a shouldering dune on the right and a vertical cliff on the left 275 feet above the thrashing sea. The target is a semi-blind, cliff-hanging green tucked well below the fairway.

An all-inclusive facility, Quivira serves refreshments and Mexican specialties at four comfort stations, including the open-air Oasis near the ninth tee. The private club is accessible to guests of Pueblo Bonito Golf & Spa Resorts’ five properties. Golfers gravitate to the nearby Pueblo Bonito Pacifica Golf & Spa Resort, a deluxe adults-only beachfront property where the accommodations, dining options and technicolor sunsets are exceptional.