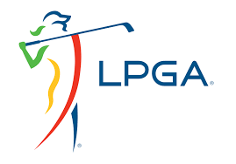 With Four Prestigious Events Descending on the Garden State, Highlighted by a Major Championship

Warren, N.J., … The Ladies Professional Golf Association (LPGA) and The PGA of America (PGA) have announced that 2023 will be the Year of Women’s Golf in New Jersey, with four prestigious golf tournaments descending on the Garden State, highlighted by a Major Championship. The 2023 lineup of tournaments that will take place over a six-week span across Northern and Southern N.J. include:

As one of a few states to host multiple women’s professional golf events in a calendar year, New Jersey will establish a significant women’s golf footprint in 2023 that will showcase the best players in the world, while highlighting the importance of business leadership, mentorship and the empowerment of women and young girls through a host of unique marketing programs that coincide with the respective tournaments.

On the heels of the 50-year anniversary of Title IX, in 2023 golf fans and corporate hospitality partners/sponsors will get an up-close look at the game’s best professional women golfers who will compete for record purses that continue to positively impact the sport. Additionally, through philanthropic initiatives, special events and on-site activations, the combined efforts of these events will further elevate opportunities in the sport so the next generation can dream big.
“We are thrilled that N.J. will be the epicenter of women’s golf in 2023, allowing the LPGA, PGA of America and our sponsors to use our collective platform to inspire young girls and women throughout NJ and the surrounding Tri-state region,” said Mollie Marcoux Samaan, LPGA Commissioner. “The combination of these four truly first-rate and meaningful events played at some of the best golf courses in the world in a major market provides a rare and exciting opportunity to not only elevate Women’s golf but also elevate the conversation around Women’s leadership and empowerment more broadly.”

“The PGA of America is especially proud to be a part of this important moment for women’s golf when we return to iconic Baltusrol Golf Club, the host of so many historical events, including the 2005 and 2016 PGA Championships, and showcase the world’s best women golfers in a Major championship setting for the KPMG Women’s PGA Championship,” said Seth Waugh, CEO, PGA of America. “N.J. loves professional golf, and we are excited to be part of such a powerful lineup of women’s professional events across the Garden State in 2023.”

Waugh adds, “Not only will 2023 be engaging for fans and sponsors alike but hosting a Major championship and three LPGA Tour events across the state during a six-week span presents a significant economic impact for N.J., especially in the communities surrounding the tournament venues.”

In advance of the four events coming to New Jersey in 2023, women’s professional golf has experienced significant growth on a global scale and with readily growing purses. In 2023, the LPGA Tour’s 33 tournaments will offer a record-high $101.4 million in prize money to athletes representing more than 35 countries. In 2022, purses increased at nine existing events, including the season-ending CME Group Tour Championship’s $7 million purse, with $2 million awarded to the champion. In June 2022, the purse at the KPMG Women’s PGA Championship doubled from $4.5 to $9 million. The figure represented a 300% surge since 2014 ($2.25M), while the winner’s share on Sunday doubled to $1.35 million.

Adds Samaan, “This is a great time for women’s professional golf, but we will not stop here. The LPGA and its partners and sponsors are fully committed to exponential growth in both events and purses, allowing the talent of our great players to be showcased to the world.”

The LPGA is the world’s leading professional golf organization for women. Founded in 1950 and headquartered in Daytona Beach, Fla., the association celebrates a diverse and storied membership with more than 2,300 Members representing more than 30 countries. With a vision to inspire, empower, educate and entertain by showcasing the very best of women’s golf, LPGA Tour Professionals compete across the globe, while the Epson Tour, the official development and qualifying tour of the LPGA, consistently produces a pipeline of talent ready for the world stage. Additionally, LPGA Professionals directly impact the game through teaching, coaching and management. The LPGA demonstrates its dedication to the development of the game through The LPGA Foundation. Since 1991, this charitable organization has been committed to empowering and supporting girls and women through developmental, humanitarian and golf community initiatives, including LPGA*USGA Girls Golf, the LPGA Women’s Network and the LPGA Amateur Golf Association. Follow the LPGA on its U.S. television home, Golf Channel, online at www.LPGA.com and on its mobile apps. Join the social conversation on Facebook, Twitter, Instagram, and YouTube.

Cognizant (Nasdaq: CTSH) engineers modern businesses. We help our clients modernize technology, reimagine processes and transform experiences so they can stay ahead in our fast-changing world. Cognizant works to advance diversity and inclusion in its business and beyond, including its partnership with the LPGA Tour, which aims to make sports more inclusive at all levels across the globe. Together, we’re improving everyday life. See how at www.cognizant.com or @cognizant.

KPMG LLP is the U.S. firm of the KPMG global organization of independent professional services firms providing audit, tax, and advisory services. The KPMG global organization operates in 145 countries and territories and has close to 236,000 people working in member firms around the world. Each KPMG firm is a legally distinct and separate entity and describes itself as such. KPMG International Limited is a private English company limited by guarantee. KPMG International Limited and its related entities do not provide services to clients. KPMG is widely recognized for being a great place to work and build a career. Our people share a sense of purpose in the work we do, and a strong commitment to community service, inclusion and diversity, and eradicating childhood illiteracy. Learn more at www.kpmg.com/us.