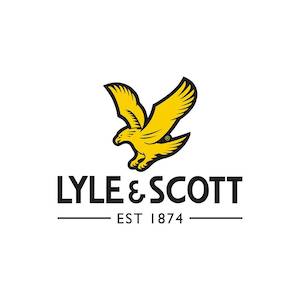 Tilley originates from Burton-on-Trent, England, and moved to the United States in August 2002 to take a golf and soccer scholarship at Martin Methodist College in Tennessee. After graduating, he continued to coach soccer and play more golf.

“Ben is a terrific addition to our Lyle & Scott team here in the U.S.,” said Wayne Webster, National Sales Manager USA Golf. “He understands the heritage behind the Lyle & Scott brand and appreciates the quality and style it offers to golfers of all ages.”

Lyle & Scott launched in the United States earlier this year, offering style-conscious golfers a modern take on classic designs. Each piece of Lyle & Scott’s line features the brand’s iconic Golden Eagle, which was launched alongside the company’s first-ever collection of golfwear in the 1960s. The emblem was inspired by the eagles that inhabit Gleneagles golf course near St Andrews.

“I know all about the iconic Lyle and Scott brand from my time growing up in England,” said Tilley.  “It represents the culture of golf in England and worldwide and I’m extremely proud to be an ambassador for this fantastic brand.”