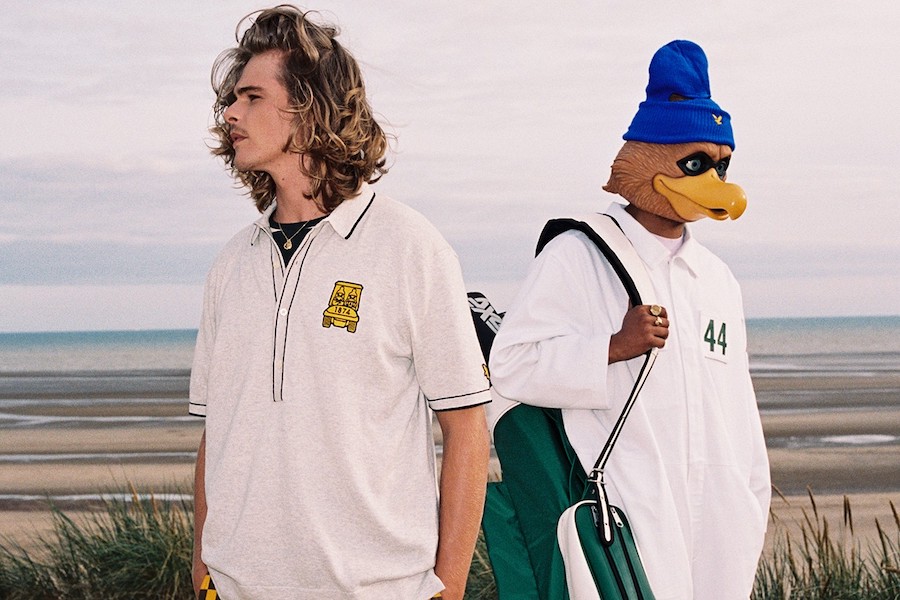 Formed in 2018, Golfickers is a Tokyo-based golf collective made up of art directors, film producers, photographers, designers, and stylists. The group are bound together by their love of golf and desire to create positive change through the game, the name itself is inspired by the ‘Graphickers’ counter-culture music and design movement during the 1990’s in Tokyo.

“The clothes that my father proudly showed me when I was a kid were very elegant. It was just like an Eagle gliding gracefully over the sky,” says Takuya Nakashiro, Co-Founder at Golfickers.  “Even now, decades after that, its beauty continues to fly. This time, such an Eagle will give wings to ugly ducklings like us. I definitely wanted to see the world from a high sky together.”

Now available on www.lyleandscott.com, the capsule collection consists of seven different pieces, with silhouettes taken from the Lyle & Scott archive, referencing classic products from their past including rugby shirts and knitwear. A new logo has been created for the partnership, combining Golfickers’ classic buggy image with Lyle & Scott’s iconic Eagle and 1874, the brand’s founding date.

“We wanted the collaboration to take inspiration from our golfing archive, but made for the modern golfer, who wants fashion-led products as an alternative to the technical, performance-driven items available,” says Ben Gunn, Brand Director at Lyle & Scott.

Golfickers’ own Hans Christian Andersen-inspired vision that golf can transform from an ugly duckling (their own logo) into a soaring Eagle resonated with Lyle & Scott, whose own iconic Eagle logo was inspired by the golfing world and Gleneagles.

“When we found out the Golfickers dream is “to be an Eagle”, a collaboration was the next natural step” says Chris Somerton, Head of Golf at Lyle & Scott.

The project serves as a reminder of Lyle & Scott’s longstanding pedigree in golf, spanning over sixty years.

“It is about old and new audiences, creating something that cuts through all the noise in the market to stand out and create a moment that gets people to stop and think. We achieved what we set out to deliver. Something that will sit proudly in our archive,” says Gunn.

and t-shirt, all bearing the new logo design through embroidery, intarsia knit or a rubberized print. Pieces such as the rugby shirt (a mainstay in of golf collections of the 80’s and 90’s) delve into the archives of Lyle & Scott, modern day icons such as the statement hoodie with scripted sleeves also take prominence.

“It was an easy decision to include the Hoodie in the collection as they are rapidly becoming a golfing staple and more classic styles such as the knitted cardigan are also important as we wanted a more conservative, understated piece. Knitwear is also an important part of the Lyle & Scott history, so we wanted knitted styles to be the focus. Contrast tipping on the placket and cuffs give the cardigan an almost collegiate feel,” says Somerton.

“Though this is our first time working with Golfickers, we hope it will be the first of many projects together,” adds Somerton. 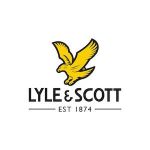 Founded in 1874, Lyle & Scott has a history steeped in craftsmanship and innovation. Over the past 147 years the company has grown to be an established menswear brand, famous for creating edited, versatile collections with a quality that can be trusted.

In the mid-1950’s, it became a disruptive force in golf apparel, changing the game forever with its innovative patterns and prints worn by champions such as Jack Nicklaus, Greg Norman, Tony Jacklin and Lee Westwood. Lyle and Scott’s premium and accessible men’s golf-fashion pieces include its heritage knitwear along with more innovative, sustainable, and organic materials in sophisticated, modern aesthetics informed by decades of design and a passion to make golf more exciting, inclusive, and accessible to everyone.

Based in the UK, with proud Scottish roots, the Brand has successfully flown the flag as far afield as Japan and Australia, with the iconic Golden Eagle now very much front and center on the world stage.