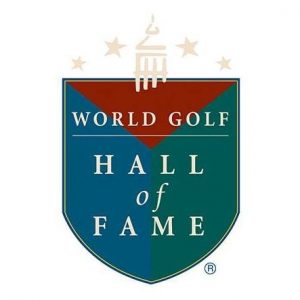 ST. AUGUSTINE, Fla. – Marion Hollins, one of the only female golf course developers in history, will be inducted into the World Golf Hall of Fame as part of its Class of 2021. Joining Tiger Woods, who was announced last month, Hollins was selected through the Contributor category for her impact as a visionary golf course architect and pioneer of the game.

Winner of the 1921 United States Amateur and captain of the first American Curtis Cup team in 1932, Marion Hollins’ influence on the game stretched beyond the fairways of competitive play. One of history’s few female golf course developers, she took a lead role in developing the Monterey Peninsula into a golf mecca, which is now home to some of the biggest tournaments in play.

“When you start reading about Marion Hollins, you realize what a trailblazer she was,” said Annika Sorenstam, World Golf Hall of Fame Class of 2003 Inductee. “In her era, she didn’t have many resources with the status of women in sports and golf. To be that kind of trailblazer with that kind of enthusiasm and energy and get into course development and design is very inspirational. She was an advocate for women and changed the landscape of the game.”

Credited with being the first woman to conceive and build a planned unit development with a golf course as a central feature, she played a major role in the founding and formation of two of golf’s most iconic courses, Cypress Point and Pasatiempo. Hollins was a collaborator with Hall of Famer Alister MacKenzie on multiple projects; he credited her for the design of the 16th at Cypress Point. She also developed a friendship with the legendary Bobby Jones and influenced the development of Augusta National when she traveled there on MacKenzie’s behalf.

Hollins is the second Inductee in the Class of 2021, joining Tiger Woods, who was announced last month. The additional members of the 2021 Class will be announced in the coming days.

“Marion Hollins is most deserving of this honor,” said Greg McLaughlin, CEO of World Golf Foundation. “She was a principal force of the game, the visionary of some of today’s greatest courses, and I am grateful that her contributions will be celebrated as part of the 2021 Class and thereafter in the World Golf Hall of Fame.”

The Class of 2021 is elected by the Hall of Fame’s Selection Committee, which discussed the merits of 10 finalists. The Selection Committee is a 20-member panel co-chaired by Hall of Fame Members Beth Daniel, Nick Price, Annika Sorenstam and Curtis Strange, and includes media representatives and leaders of the major golf organizations.