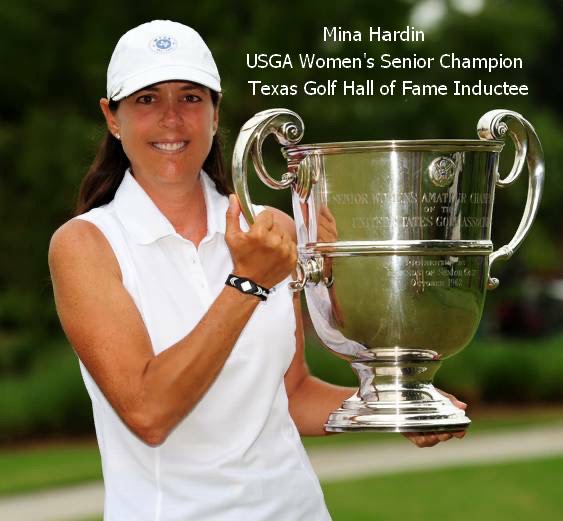 It was a pleasure to catch up with Mina Hardin at the Women’s Southern Golf Association’s Senior Championship held last week at Old Waverly in West Point, MS, where she finished seventh.

Mina got her first Putting Arc in 2003 and went on to win the Texas Women’s Open in 2004, the USGA Women’s Senior Amateur Championship in 2011 and one more Texas Women’s Championship (for a total of five). She was inducted into the Texas Hall of Fame in 2011, and is still very active in Texas and nationally. Keep it up, Mina!

See the attached pics for Mina holding her USGA trophy in 2011, and her plaque on the Putting Arc Wall of Fame for 2004.

Congratulations also to Darren Clarke for his first win on the PGA Tour Champions TimberTech Championship in Boca Raton, FL and his first win worldwide since the Open in 2011. Nine of the top ten finishers at this tournament are known present or past Putting Arc users.

The Putting Arc is available at www.thePuttingArc.com or by calling toll-free 800-898-0701.

The Putting Arc was designed to be used at home, so you can get your own Putting Arc, use it at home for a few minutes every day and soon learn the on-plane, arc-type stroke of the modern touring pro. 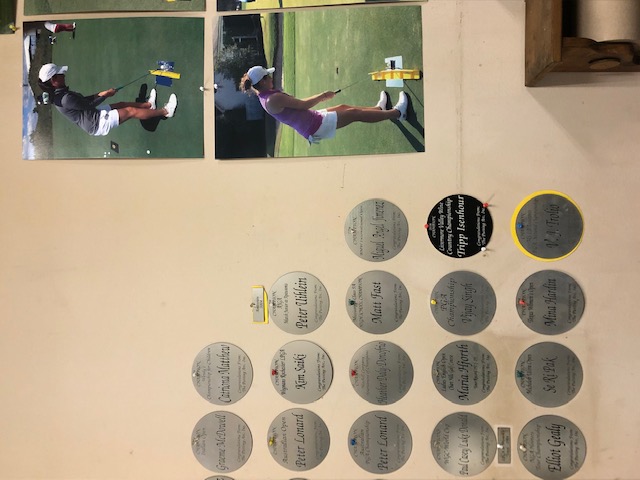