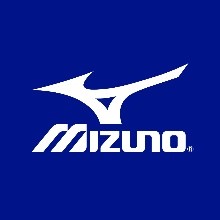 Mizuno, the Japanese equipment manufacturer long renowned for its technically advanced golf equipment, has announced the signings of two talented players – Bryson Nimmer and Vince India – as the company continues to expand its team and look to the future.

Continuing its recent tour regeneration and recruitment of exciting, emerging talent Mizuno has announced that Bryson Nimmer has joined Team Mizuno. Nimmer is the latest in a series of young players to join Mizuno, following the signings of OJ Farrell, and Joe Long. 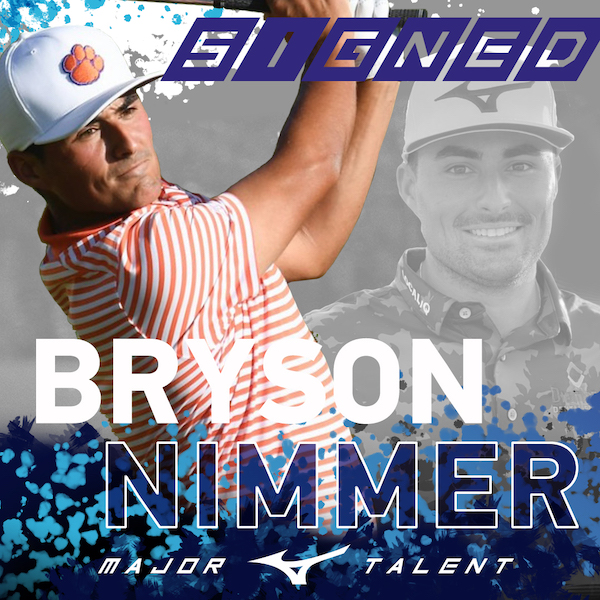 Bryson Nimmer (25) is a promising young talent out of Clemson University, where he was named first team All ACC three times and a first team All American selection in his senior season. After turning professional in 2019, he picked up two victories on the LOCALiQ Series in 2020. He goes into the 2022 season with full status on the PGA Tour Canada.

In addition, Mizuno is also delighted to welcome Vince India to Team Mizuno. The 32-year old enjoyed a successful collegiate career at the University of Iowa where he earned second Team All-American and Big 10 Player of the Year accolades during the 2011 season. Since turning professional in 2011, Vince has had successful campaigns on the PGA Tour Latinoamerica, as well as the Korn Ferry Tour where he recorded 11 top 25 finishes and 6 top 10’s during the 2021 season. 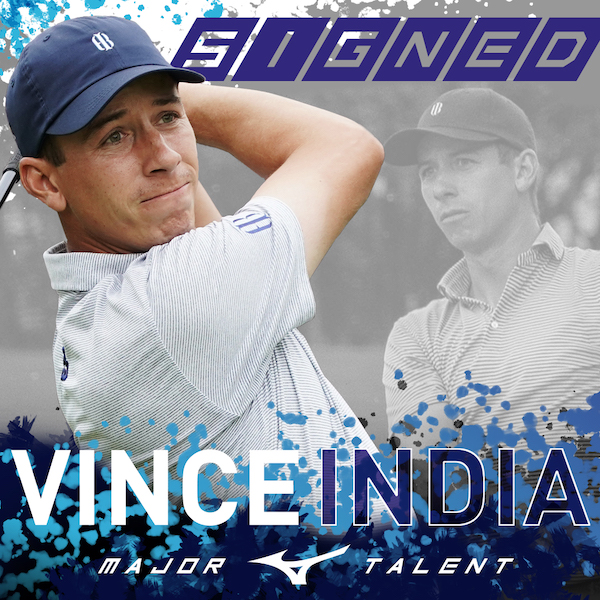 Mizuno has a strong track record of elite golfers playing its equipment – either as they play their way through the ranks or as elite-level free agents. As of March 2022, 13 of the 24 players ever to be ranked world #1 had played Mizuno equipment during their careers. With increasing sponsorship money now entering the game, Mizuno believes the time is right to focus its efforts on developing emerging talent

“Bryson and Vince are a perfect fit for Mizuno,” says Jeff Cook, PGA Tour Manager.  “We’re committed to supporting talented youngsters with the ultimate goal of producing another Mizuno Major winner. Our team has expanded significantly over the last couple of years, and we will continue to scout for and recruit players we believe have the potential to be stars of the future. Bryson is an exciting prospect while has Vince has a little more experience. We want to help them both to take the next steps toward the upper echelons of the game.”

Nimmer and India join former world #1’s Luke Donald and Stacy Lewis on Team Mizuno along with PGA Tour stars Keith Mitchell and Greyson Sigg plus European Tour player Laurie Canter and other emerging younger talents – including Joe Long, OJ Farrell, Olivia Cowan and Stephen Fisk. Mizuno has also recently added a player development rep, connected to the American Junior Golf Association, (AJGA) to widen its base in elite US Amateur golf while maintaining its support of the Clutch Pro, a developmental Tour in Europe.