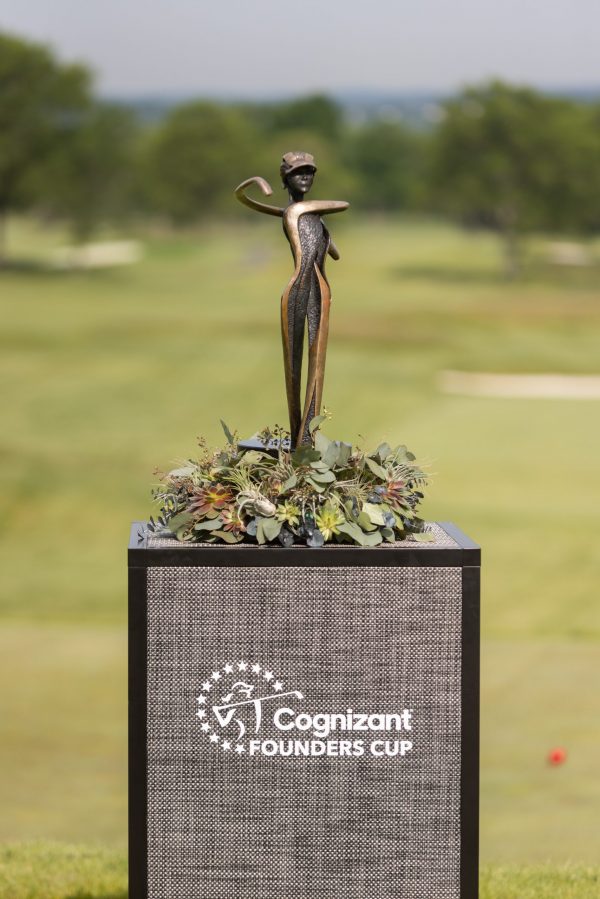 The LPGA Cognizant Founders Cup is a week-long event where competitors will compete for a $3 million purse, the largest purse for an LPGA Tour event outside the majors and the CME Group Tour Championship. The tournament, which debuted in 2011, pays tribute to the 13 founding members of the LPGA, including surviving founders Marlene Bauer Hagge and Shirley Spork. Cognizant signed on as title sponsor earlier this year.

“We are thrilled to bring the 2021 Cognizant Founders Cup to Mountain Ridge Country Club. They have a deep history of hosting some great championships,” said Scott Wood, Tournament Director. “This gives us the opportunity to bring LPGA champions to the world-class stage. Most important, this event is dedicated to engaging, empowering, and supporting girls and women through golf, and to make sports more inclusive around the world. It is a great showcase for the LPGA and the vision of women and sport.”

Among the players joining Korda in the Cognizant Founders Cup are U.S. Women’s Amateur Champion, Jensen Castle, and 17-year-old Amari Avery, winner of The John Shippen Shootout. The field also includes players from the 2020 Tokyo Olympics and representatives of both Team USA and Team Europe from the recent Solheim Cup.

“The Garden State has long been a supporter of women’s golf and you can feel the energy building around this event.  We know fans will embrace this week in a big way,” said Tracy Hupko, Sales & Marketing Manager, Cognizant Founders Cup. “We feel confident our traditions and the future of the event are in good hands with Cognizant and all of our supporting sponsors.”

2021 marks the inaugural year for N.J.-based Cognizant (Nasdaq:CTSH), one of the world’s leading professional services companies, as title sponsor of the Founders Cup. Cognizant’s commitment to the LPGA and women’s golf includes building a 7,500 sq. ft. indoor and outdoor pavilion, one of the LPGA’s largest hospitality spaces to date, on the grounds of Mountain Ridge Country Club.

“We are proud to be the title sponsor of the Founders Cup and have the opportunity to honor the 13 pioneering women who helped advance the game for future generations of golfers of all genders, at all levels,” said Gaurav Chand, Chief Marketing Officer, Cognizant. “In partnering with the LPGA, it is Cognizant’s goal to help showcase the female players of today and support the continued evolution of diversity and inclusion in the sport, just as we continue our work to advance diversity and inclusion in the tech industry.”

The Cognizant Founders Cup joins a long list of prominent events to be held at Mountain Ridge Country Club, including: the U.S. Senior Amateur Championship in 2012; the Metropolitan Golf Association Open Championship in 1985, 1996, 2000 and 2020; the MGA’s Ike Stroke-Play Championship in 2007; the New Jersey PGA Section Championship in 1962, 1990, 2007, 2009 and 2017; and the French American Challenge in 1997. The Ross-designed and highly regarded course opened in 1931 and has varied little in 90 years. It is known for wide fairways and deceptive greens. A recent restoration has brought many of Ross’s characteristic run-off areas back to their original closely mowed state.

Individual tickets and week-long ticket packages for the Cognizant Founders Cup can be purchased at www.thefounderslpga.com.

The LPGA is the world’s leading professional golf organization for women, with a goal to change the face of golf by making the sport more accessible and inclusive. Created in 1950 by 13 Founders, the Association celebrates a diverse and storied history. The LPGA Tour competes across the globe, reaching television audiences in more than 220 countries. The Symetra Tour, the LPGA’s official qualifying tour, consistently produces a pipeline of talent ready for the world stage. The LPGA also holds a joint-venture collaboration with the Ladies European Tour (LET), increasing playing opportunities for female golfers in Europe. Across the three Tours, the LPGA represents players in more than 60 countries.

Additionally, the LPGA Foundation has empowered and supported girls and women since 1991, most notably through LPGA*USGA Girls Golf, the only national program of its kind, which annually engages with nearly 100,000 girls. The LPGA Amateur Golf Association and LPGA Women’s Network provide virtual and in-person connections to female golfers around the world, while LPGA Professionals are educators, business leaders, and game-changers dedicated to growing the game of golf for everyone. Follow the LPGA on its U.S. television home, Golf Channel, online at www.LPGA.com and on its mobile apps. Join the social conversation on Facebook, Twitter, Instagram, and YouTube.

Cognizant (Nasdaq-100: CTSH) is one of the world’s leading professional services companies, transforming clients’ business, operating and technology models for the digital era. Our unique industry-based, consultative approach helps clients envision, build and run more innovative and efficient businesses. Headquartered in the U.S., Cognizant is ranked 185 on the Fortune 500 and is consistently listed among the most admired companies in the world. Cognizant works to advance diversity and inclusion in its business and beyond, including its partnership with the LPGA Tour, which aims to make sports more inclusive at all levels across the globe. Learn how Cognizant helps clients lead with digital at www.cognizant.com or follow us @Cognizant.