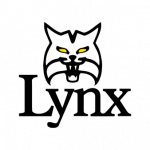 Lynx® Golf unveils two additions to its premium Prowler Collection, the VT Stinger driving irons and Prowler Forged irons, both of which are now available in the United States at www.lynxgolfusa.com.

Designed for mid-to-low handicap players, Lynx’s Prowler line represents the pinnacle of engineering and manufacturing excellence. The VT Stinger is available in 12.5 and 16-degree options, each featuring variable face thickness technology that redistributes weight toward the periphery of the club face to increase MOI. This reduces the amount of sidespin imparted on off-center hits by up to 36%, improving accuracy and distance on mishits. The classic muscle back design is adorned with a satin chrome finish, which can be paired with either a KBS® Tour steel shaft ($129) or UST® Mamiya Recoil graphite shaft ($149).

“Our Prowler lines have been embraced by players around the world because they perform incredibly well and have a beautiful aesthetic that speaks to avid golfers,” says Steve Elford, CEO and co-owner of Lynx Golf. “These additions to the collection fill two spaces our customers have been asking for, a driving iron with outstanding performance and without the standard bulky look of modern hybrids, and a cavity-back forged iron that looks and feels as good as our blades, but offers added forgiveness.”

The new lines coincide with the launch of lynxgolfusa.com and social media channels, Facebook, Twitter and Instagram. They join a variety of other popular offerings from the brand that are now available in the U.S., including the Prowler VT irons, Black Cat and Tigress lines of clubs and continue the momentum that the Lynx brand has built over the past several years. Each year since 2013, the company has recorded double-digit annual sales increases.

Founded in the 1970’s by John Riley Sr. and Carl Ross, Lynx® Golf quickly established a massive fanbase among the game’s best players. This included legendary ambassadors who trusted the brand to help them capture victories at the 1992 Masters and 1994 US Open, among other wins.

Lynx® Golf concentrates on developing high quality, technologically-advanced but affordable golf clubs, backed up by great customer service. In the UK, it has gained a strong foothold in ‘green grass’ golf accounts – retail operations typically run at golf courses by PGA Professionals – with clubs designed and assembled in the UK at the company’s Weybridge, Surrey, headquarters.