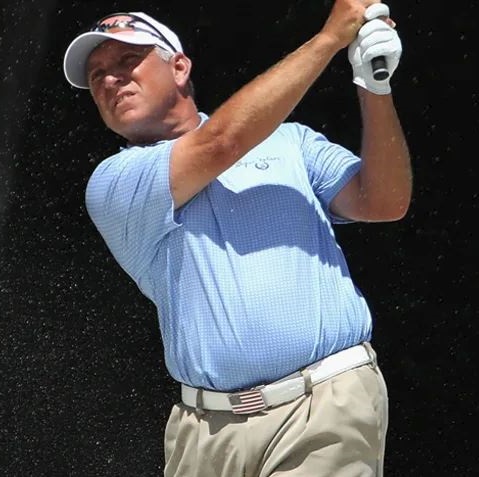 Nexbelt®, The Belt With No Holes, captured a pair of Top 10 Finishes on the PGA TOUR CHAMPIONS last week at the KitchenAid Senior PGA Championship and this week Nexbelt Tour Ambassador, Scott Parel, finished 2nd after a sudden death playoff at the Principal Charity Classic held in Des Moines, Iowa.

Scott Parel fired rounds of 63, 66 and 70 to finish in a tie at 17 under and force a sudden death playoff. Parel stormed to a five-shot lead after two rounds, shooting 15-under to tie the 19-year-old tournament’s record-low score through just 36 holes. Unfortunately he had to settle for his third runner-up finish of the season when the winner sank a birdie putt on the second playoff hole. He’s now ranked 5th on the Charles Schwab Cup Points List.

On the PGA Tour, the 5th Place Finisher at The Memorial Tournament shot rounds of 67, 71, 69 and 69 to finish at 12 under for the tournament. He wore his wore his signature Go In! golf belt featuring Nexbelt’s patented flip down face and hidden ball marker. This was his sixth Top 10 of the season and he is currently ranked 11th on the FedEx Cup Points List.