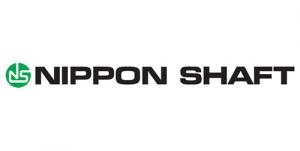 The winner of the Albertsons Boise Open used Nippon Shaft N.S.PRO MODUS³ Tour 125x steel shafts in his irons to record his first professional victory and secure his PGA Tour playing privileges for the 2019-20 season.

The 25-year-old native of North Augusta, South Carolina finished the penultimate Korn Ferry Tour playoff event at 19-under par Sunday (Aug. 25) with rounds of 70-64-67-64—265 at Hillcrest Country Club. He started the final round in a tie for seventh, trailing the leader by three shots, and wound up winning by one. The winner’s check was worth $180,000.

For the week, the University of South Carolina alumnus hit 54 of a possible 72 greens in regulation, an impressive 75 percent clip that mirrored his tour-leading season average of over 76 percent of GIR, according to PGA TOUR officials.

In addition, another player using Nippon Shaft N.S.PRO MODUS³ Tour 125x steel shafts in his irons won the Sega Sammy Cup on the Japan Golf Tour. The 27-year-old champion shot 20-under par with rounds of 67-66-67-68—268 at the North Country Golf Club in Hokkaido, Japan.

The victories represented the 39th and 40th professional victories this year for the MODUS³ series and the 194th win overall for MODUS³ since the series came on the market in 2011, according to company officials.

“Nippon Shaft would like to congratulate the winner of the Korn Ferry Tour’s Albertsons Boise Open on his first professional victory and for securing his PGA Tour card for next season,” said Hiro Fukuda, sales and marketing for Nippon Shaft.  “Nippon Shaft is proud the winner believed he could rely on Nippon Shaft products to compete to the best of his ability in one of the more stressful tournaments of his career.”

Nippon Shaft products are available globally either as stock or custom shafts in many of the world’s top iron brands.  Details of these can be found at nipponshaft.com.