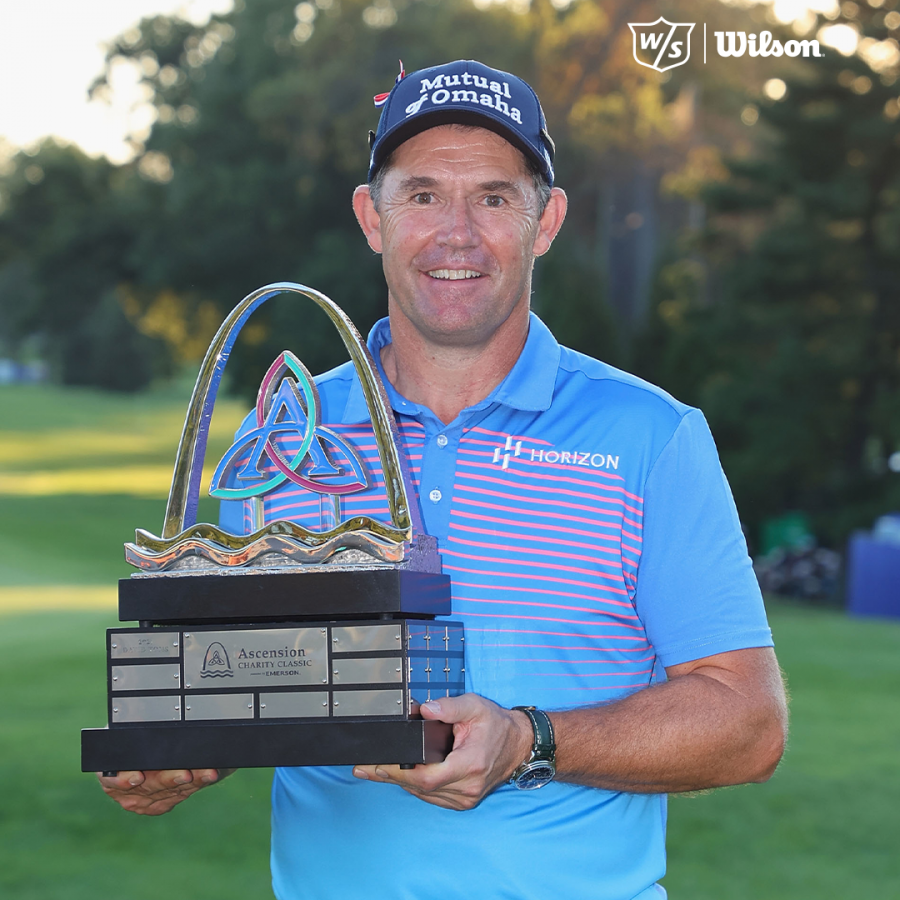 “What an incredible season our Wilson ambassador Padraig Harrington is having,” said Tim Clarke, President, Wilson Golf. “It’s hard to beat nine top-10 finishes in just 13 starts and we’re thrilled that he’s added the Ascension Charity Classic trophy to go alongside his Dick’s Sporting Goods Open and U.S. Senior Open Championship wins. We love providing Padraig with the innovative clubs that helped him claim his 35th professional win of his career.”

Harrington’s second round saw the Irishman make eight birdies to take over the lead by one stroke entering Sunday’s final round where he held onto the lead for his third win of the season. In 13 starts this season, he has nine top-10 finishes and now sits in second place in the Charles Schwab Cup rankings earning $2,430,703 in Official Money.

The relationship with Harrington is the longest-running relationship between Chicago-based Wilson Golf and its most successful Tour player of recent times.

For more than 100 years, Wilson Golf has designed, manufactured and distributed premium and recreational golf equipment throughout the world.  Since 1914, Wilson Staff irons have won 62 major championships, more than any other iron manufacturer in history.  The winning tradition continues today by delivering the highest quality equipment to all golfers to enhance performance on the course and overall enjoyment of the game.

Chicago-based Wilson Sporting Goods Co., a division of Amer Sports, is the world’s leading manufacturer of sports equipment, apparel and accessories.  Through its dedication to creating products that enable athletes at every level to perform at their best, Wilson has earned its place as a leader in sporting goods for over a century.