SAN DIEGO, Calif. — StrackaLine, maker of golf’s premier greens guides, is the book of choice for the Men’s and Women’s National Champions.  “Congratulations to all of our valued customers who participated in the 2021 Men’s DI National Championship including the Pepperdine Waves for earning it’s second men’s golf national title in school history!”, said StrackaLine president Jim Stracka. “Pepperdine had an impressive run at Grayhawk with several clutch shots and putts which helped them solidify the victory”, added Stracka.

The quality and accuracy of StrackaLine’s greens guides have led to widespread adoption on the PGA, LPGA, Symetra, and Korn Ferry tours, in addition to their use by more than 400 Division I college teams. StrackaLine scans courses for $2,000 and that includes 100 greens guides for resale. The scanning process takes five hours to complete and is unobtrusive to the golfer experience.

StrackaLine now has 10,000+ courses scanned, including some of the nation’s most prominent layouts. The greens maps, which feature easy to read arrows, allow players to view contour and fall lines, in addition to slope percentage, anywhere on the green.

The best players in the world are using StrackaLine books and you can too. 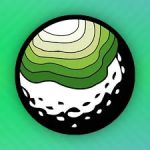 For more information on how to order a greens guide or have a course scanned, go to www.StrackaLine.com.