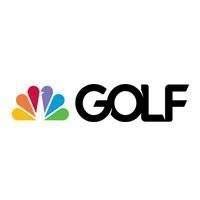 Hear from Macklemore at this link

ORLANDO, Fla. – Every golfer, business leader, influencer and personality participating in the world premiere of NBC Sports Group’s The Approach, 8 p.m. ET on Tuesday, June 15, will be rolling out the red carpet for people from all walks of life to the new and emerging community of golfers.

Conceived by GolfNow, The Approach will be hosted by recording artist Macklemore, whose passion for golf motivated him to recently launch a new golf fashion line, called Bogey Boys. For Macklemore, growing the game of golf is all about accessibility and he points to his fashions as one catalyst that can bring more people to the game.

“I’ve really come to love golf. It is important to share that passion and to make the game more accessible,” Macklemore said. “I’d love for all the people who have been existing on the fringes of the game, like me, to know they are welcome without having to fit into a one-size-fits-all box.”

Topics covered in The Approach include new ways to “consume” golf, like digital currency and how you can turn unused assets into rounds of golf; a modern look at gaming and how wagering on the course will never be the same again; technology, and how it can keep you fit and sharp when you’re not playing golf; new fashion trends, including a look at Macklemore’s new golf clothing line, called Bogey Boys; and the traveling golfer.

These concepts will be featured throughout The Approach, which will be streamed by GolfPass. Registration is free at The Approach and all registrants will automatically be entered for a chance to win a four-night golf vacation for four from Troon Golf at the Westin Kierland Resort & Spa in Scottsdale, Ariz. Special offers also will be extended by other participating companies. Registrants are encouraged to post their own videos to social media explaining their “approach” to the game, using the hashtags #theapproach and #whatsmyapproach.

Joining Macklemore will be a long list of celebrities, tour players, innovative business leaders and fellow golfers who share his message of inclusiveness and are eager to show all attendees that golf doesn’t have to be a one-size-fits-all sport.

Segment topics featured in The Approach include:

Sports Betting: Social media personality, professional golfer and PointsBet spokesperson  Paige Spiranac will host this segment, which will educate the audience about the evolution of sports betting and its roots within golf. PointsBet Senior Editor Teddy Greenstein will provide an overview about how fans can enter the betting realm and why golf is one of the easiest and best sports for betting. Will Gray, who manages betting and daily fantasy golf content for NBC Sports EDGE, will discuss getting up to speed on all things betting or sharpening existing skills heading into the U.S. Open Championship, which will be broadcast later that week exclusively by GOLF Channel and NBC. Golf Channel personality Blair O’Neal will provide a tour of the new Compete app, which provides the opportunity for recreational golfers to compete and wager among themselves in a wide variety of ways during a round of golf.

Digital Currency: As the popularity of cryptocurrency rises, CNBC Senior Markets Correspondent Dominic Chu  will join GolfNow personality Lauren Thompson to explain why cryptocurrency is a big deal in today’s economy, how to buy and use it, and how crypto is infiltrating the world of golf.  Thompson also will introduce Gavin Michael, CEO of Bakkt, the Official Payment Partner for GolfNow. Bakkt offers an innovative way for consumers to set up a digital wallet to aggregate unused gift cards, hotel points, airline miles and cryptocurrency. Some of these assets can then be sent or spent as digital payments, including rounds of golf through GolfNow.

Fitness Technology:  The world of fitness technology has exploded, and no company exemplifies this industry more than Whoop, wearable digital technology designed to optimize daily human performance. Whoop CEO Will Ahmed will interview professional golfer and Whoop user Jessica Korda about performance, rest and recovery, which are the tenets of Whoop’s mission. Additionally, viewers will be able to watch a video featuring Rory McIlroy and how he optimizes his day with the help of Whoop.

In-Home Golf Tech:  Not all golf is played on green grass, so this segment also features the world of golf simulation technology with the help of Full Swing Golf’s Jason Fierro, who introduces video tours of the home simulators belonging to pro golfers and Team Full Swing members Jon Rahm, Gary Woodland and Jason Day, as well as NBA star Stephen Curry. Each athlete will showcase his unique home set-up and how it helps keep their games sharp. Fierro also will talk about the benefits of golf simulators for any home.

Fashion:  In addition to learning more about Macklemore’s Bogey Boys golf fashion line, segment host O’Neal will introduce viewers to the PUMA Golf fashion icons Rickie Fowler and Bryson DeChambeau who will talk about the company’s latest styles – for the traditional and fashion-forward golfer – and their mission to be the brand of inclusion.

Travel:  Comedian and writer James Davis will explain why golf and travel are the perfect companions and showcase scenes from his new GolfPass series, Golf Road Trippin’.

Sprinkled throughout The Approach will be video vignettes – titled My Approach – which will feature various personalities from the world of golf and television sharing their relationships with the sport of golf, and their hopes for the future of the game.

The Approach will be available on demand on GolfPass and on NBC’s streaming service, Peacock, following the live presentation. 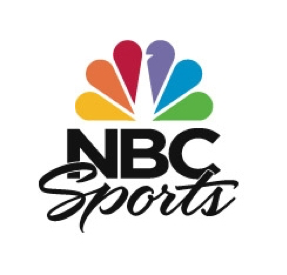