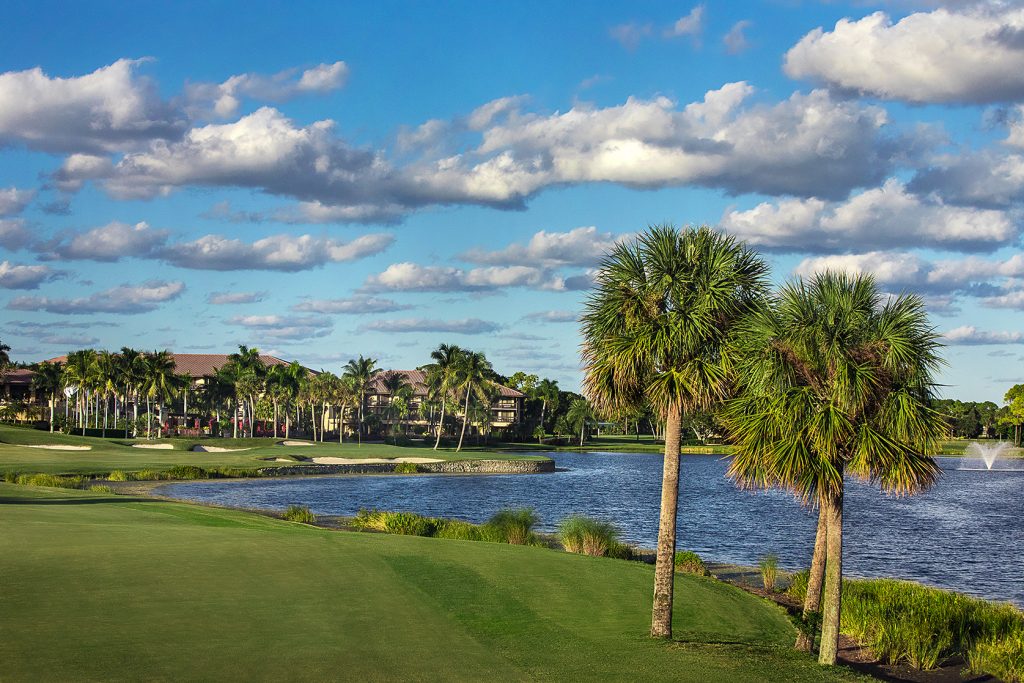 Significant improvements implemented by Nicklaus Design, led by senior design associate Chris Cochran, include the removal of Palmetto palms on the right side of No. 1 and left side of No. 9 to offer more options for PGA TOUR players on their tee shots as well as approaches into both greens. The removal will also allow for better crowd flow during the Honda Classic as the annual event has become one of the most popular and well-attended on the PGA TOUR schedule.

Additionally, one-third of an acre (14,400 sq. ft.) was recaptured on the putting surfaces, adding an average of 800 square feet per green. Most notably, the putting surfaces will return to the native design Jack Nicklaus and his team implemented 16 years ago.

The green complexes were re-built, shaped and grassed with Tif-Eagle Bermuda. This results in seamless transitions from green surrounds to putting surfaces and tighter relationships with respect to greenside bunkers. The changes allow for consistency in a variety of weather conditions and make one of the true “bucket list” courses in the game even more compelling.

The mighty Champion Course has long been feared and revered as one of the most challenging in the game. One of the premier tests of golf is now even stronger. Resort guests can try and tackle The Champion Course when taking advantage of several exceptional stay-and-play offers including the popular Gold Golf Package with rates starting at $279 (per person, per night, double occupancy).

Nicklaus and his team comprehensively redesigned The Champion in 2002 as well as a 2014 redesign of layout’s stout par-4 14th hole which leads to the famous “Bear Trap” – a series of three demanding holes (Nos. 15,16 and 17) which many considered the toughest stretch in the game.

“We are honored to have worked on a course with such a storied history with both Jack Nicklaus and his design company,” says Cochran. “We took the advice of the best players in the game and made one of the great layouts in the U.S. even stronger.”

Next to its daunting first hole, The Champion Course’s outstanding driving range was significantly upgraded last year and includes a secluded section for PGA TOUR pros to practice their short game as well as greenside and fairway bunker play. The new pristine area garnered rave reviews from the players in the 2018 Honda Classic.

“As the home of a PGA TOUR course as well as being an iconic golf resort and private membership club, we continue to invest significantly in our brand assets,” says Greg “Coach” Saunders, PGA National’s vice-president and managing director. “The time was right to restore the greens and we are excited to announce the completion of this major project on our distinguished Champion Course.”

« CONSTRUCTION AT DUMBARNIE LINKS
ROSE RETURNS TO TOP IN TURKEY »