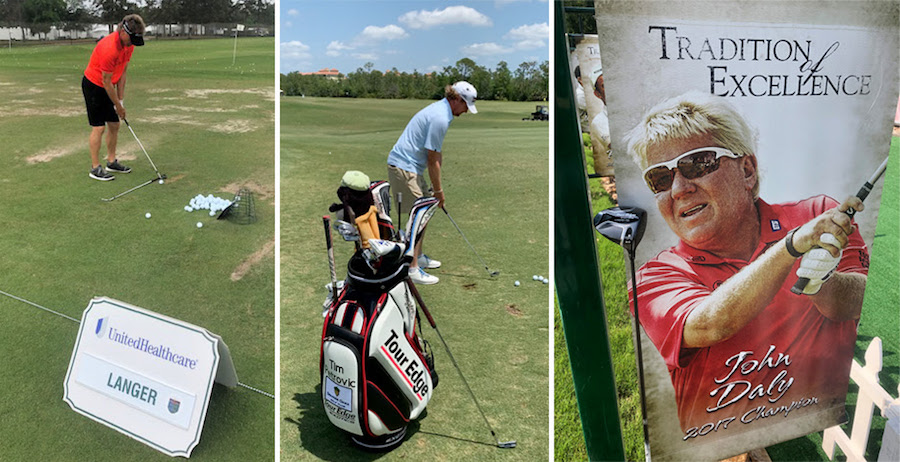 The Insperity Invitational is a PGA Tour Champions event that has been good to Tour Edge and their staff players, and the 2021 rendition was no different.

Tour Edge staffer Scott McCarron came into the event as the defending champion from the 2019 tournament after last year’s cancellation and Bernhard Langer is a 4-time champion of the longtime event.

This week, the spotlight was on Tour Edge staffer Tim Petrovic and 2-time major champion John Daly who put a new Tour Edge driver, fairway metal and a set of irons in play for the first time this week.

Petrovic was leading the event into the last round of the rain shortened event and ended up with his 7th runner-up finish on the PGA TOUR Champions since joining the Tour Edge staff.

Petrovic was playing a full bag of Exotics clubs, including 2-4 EXS Ti-Utility Irons, 5-PW EXS Pro Forged Irons and 56 and 60-degree EXS Blade Wedges. He led the field in birdies made this week. 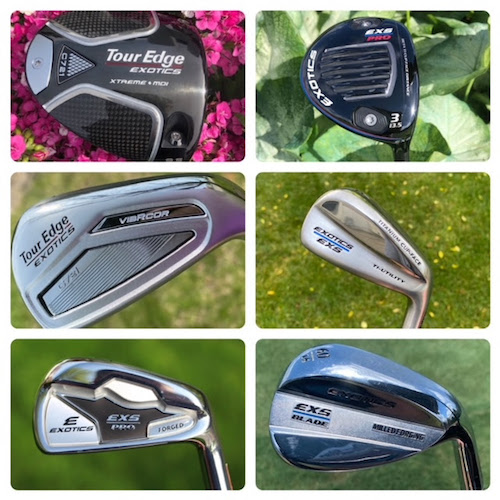 Daly, the winner of the Insperity Invitational in 2017, got hot in the final round playing a brand-new Exotics C721 Driver, an EXS Pro 3-wood and his new set of Exotics C721 Irons, a new player’s distance iron from Tour Edge, after testing the clubs at The Woodlands Country Club during the practice days of the event.

According to a Golf Digest article from golf equipment editor Mike Johnson:

“The two-time major champion had the company’s C721 driver (9.5 degrees of loft with a Project X HZRDUS Smoke Black 60X shaft) as well as a EXS Pro 13.5-degree fairway wood with the same shaft.

The big story, however, was his irons. Daly played Tour Edge’s C721 irons—a players-distance club—to become the first golfer to use the model in competition on tour. Daly had the 5- through 9-irons equipped with True Temper’s X100 shafts.”

Three sets of Exotics irons earned Top 5 finishes at the event as Langer birdied five times on the back nine to pull into a 6-under-par tied for 5th place finish.

In all, Tour Edge had 24 total clubs finish in the Top 5 at the event, a record for the company.

Here are some other numbers for Tour Edge at the Insperity Invitational:

Tour Edge has seen 1,312 clubs in play by over 100 different PGA Tour professionals on the three PGA Tours over the last four seasons.

The legendary #TeamTourEdge tour staff includes Ken Duke, Bernhard Langer, Tom Lehman, Scott McCarron, Tim Petrovic and Duffy Waldorf. Tour Edge products have been in play for 22 victories on the PGA Tours, including 10 on the PGA TOUR and 11 on the PGA TOUR Champions.