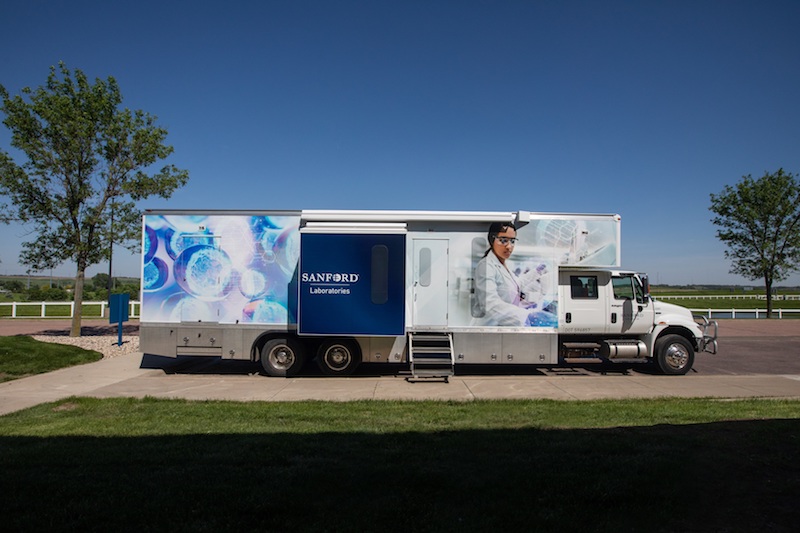 PONTE VEDRA BEACH, FLORIDA – The PGA TOUR announced today that it has engaged Sanford Health to conduct on-site COVID-19 testing of players, caddies and essential personnel at PGA TOUR, PGA TOUR Champions and Korn Ferry Tour tournaments in the continental United States for the remainder of the season.

Starting with next week’s resumption of the PGA TOUR schedule at the Charles Schwab Challenge in Fort Worth, Texas, testing will be conducted by lab technicians who will be traveling to tournaments in one of three mobile testing units that Sanford Health is deploying across the country. Each unit, which will be manned by a driver and three technicians, will arrive the Saturday prior to the tournament to begin processing RT PCR tests. The mobile unit will remain on site through Thursday before traveling to the next closest tournament site, regardless of Tour.

“With health and safety being our No. 1 priority upon our return to competition, we are extremely pleased to partner with Sanford Health and to utilize their expertise in testing our players, caddies and personnel going forward,” said Andy Levinson, PGA TOUR Senior Vice President Tournament Administration. “Not only will Sanford Health’s mobile laboratories enable us to deliver test results in a matter of hours so that our athletes can properly prepare for competition, but they will also allow us to implement our testing program without utilizing critical resources from the communities in which we play, which was of upmost importance to us.”

Each swab collection takes less than five minutes to administer, and test results are returned typically between two and four hours, with approximately 400 individuals expected to be tested on-site each week.

“Sanford Health is honored to help ensure a safe return to play for professional golf events in the United States by offering this testing,” said Micah Aberson, Executive Vice President of Sanford Health. “We are incredibly proud of our lab technicians who will represent us at these events as well as all of our health care workers who have gone above and beyond to protect and care for our patients.”

Sanford Health also becomes a marketing partner with the designation Official COVID-19 On-site Testing Provider of the PGA TOUR. It already has an established relationship with the TOUR as title sponsor of the Sanford International, a PGA TOUR Champions event in Sioux Falls scheduled for Sept. 11-13.

The PGA TOUR, headquartered in Ponte Vedra Beach, Florida, co-sanctions more than 130 tournaments on the PGA TOUR, PGA TOUR Champions, Korn Ferry Tour, PGA TOUR Latinoamérica, Mackenzie Tour-PGA TOUR Canada and PGA TOUR Series-China. Members on the PGA TOUR represent the world’s best players, hailing from 29 countries and territories (93 members are from outside the United States). Worldwide, PGA TOUR tournaments are broadcast to 212 countries and territories in 23 languages. Virtually all tournaments are organized as non-profit organizations to maximize charitable giving. In 2019, tournaments across all Tours generated a record $204.3 million for local and national charitable organizations, bringing the all-time total to more than $3 billion.