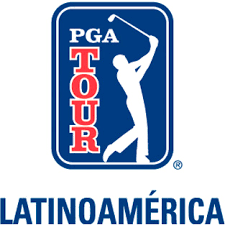 The PGA TOUR’s three international tours—PGA TOUR Latinoamérica, the Mackenzie Tour – PGA TOUR Canada and PGA TOUR Series-China—will use a points-based system for its Orders of Merit, starting in 2020, the three Tours announced September 11. This will align these three Tours with the PGA TOUR and Korn Ferry Tour, which are both using points to measure players’ success. PGA TOUR Champions uses money earned by players for its regular season standings and then switches to a points-based standard when the Charles Schwab Cup Playoffs begin.

The three international Tours are moving to this modified, consistent points system to assist fans and help avoid confusion with currencies used in the current Orders of Merit. Since their inceptions, PGA TOUR Latinoamérica has based its Order of Merit on the U.S. dollar, while the Mackenzie Tour has employed the Canadian dollar and PGA TOUR Series-China recognized the Chinese yuan.

“There has always been a bit of confusion among the three Tours regarding currency and the Orders of Merit, or money lists. This new format will streamline what we’re doing across the board and make it easier for fans to track player progress in a simple-to-understand way,” said Rob Ohno, PGA TOUR Senior Vice President, International Tours. “In 2020, PGA TOUR Latinoamérica will be the first international Tour to start its season and debut the points system, and the other two tours will follow once their seasons begin.”

With the launch of the FedExCup in 2007, the PGA TOUR moved to a points-based system. The TOUR’s sole focus is on points as players vie to qualify for the FedExCup Playoffs and battle to win the FedExCup. In 2019, the 30th year of Korn Ferry Tour, the Tour changed to a points-based system, with PGA TOUR Series-China veteran Xinjun Zhang winning the regular season points title (1,962 points) and Scottie Scheffler winning the three-tournament Finals points title (1,267 points). Both players will be PGA TOUR members in 2019-20.

In 2020, PGA TOUR Latinoamérica, Mackenzie Tour and PGA TOUR Series-China tournament winners will receive 500 points each, and an enhanced 600 points will go to the winners at the season-ending tournaments for all three Tours.

“We’re very excited for this new method. It will provide a uniformity among our Tours and give our fans a new way of easily tracking their favorite players on whichever Tour they are following,” Ohno continued. “After 13 successful years using FedExCup points on the PGA TOUR and an extremely positive debut using points on the 2019 Korn Ferry Tour, it convinces us even more that this change is the correct way to go.”

Only professionals playing in tournaments will be eligible to receive points as amateurs are not able to earn official money or points. When amateurs do make the cut at a tournament, those available points will be vacated and not distributed to remaining professionals.

In the event of ties—an inevitability at any tournament—points will be distributed to those players using the same method currently employed to distribute prize money—each tying position averaged and distributed evenly to each player in that tying position.

This is how the points will be distributed among the top-15 players at a given tournament (ties excluded):

PGA TOUR Latinoamérica is a professional golf tour created in 2012 by the PGA TOUR in collaboration with promoters, clubs and national golf federations in Latin America. The inaugural season in 2012 featured 11 tournaments in seven countries in the Latin American region. Since then, it has grown to include 17 events across 10 different countries in 2019. It will hold events in Argentina, Brazil, Chile, the Dominican Republic, Ecuador, Jamaica, Mexico, Panama, Peru and the United States.

The leading money-winner at the end of each season is awarded the Roberto De Vicenzo Award, and the top-five money winners from the PGA TOUR Latinoamérica Order of Merit earn Korn Ferry Tour membership for the following season.

The Mackenzie Tour – PGA TOUR Canada is a series of tournaments played across Canada each summer, where tomorrow’s stars begin the path to the PGA TOUR. The leading 10 money-winners at the end of each season earn status on the Korn Ferry Tour for the following year. The Tour’s alumni include 41 PGA TOUR players and 200 Korn Ferry Tour players since 2013.

The Mackenzie Tour’s mission is to deliver a PGA TOUR experience for its members, fans, volunteers and partners in order to develop the future stars of professional golf and enrich the communities it visits.