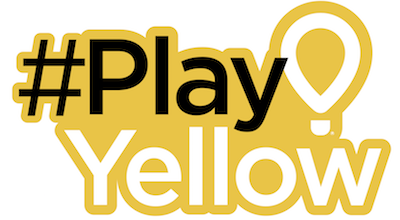 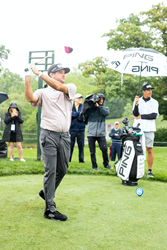 “It’s been my family’s privilege to support Studer Family Children’s Hospital, and I’m excited to continue that support as a Play Yellow ambassador,” said Watson. “I have seen the tremendous impact the Studer Family Children’s Hospital has had in my hometown of Pensacola, and I look forward to helping Play Yellow expand its support for all the hospitals in the Children’s Miracle Network. Golf has a long history of supporting children’s hospitals, and I am honored to help Jack and Barbara in their effort to make a difference in the lives of children and families in need.”

Watson, a resident of Pensacola who was born at Ascension Sacred Heart in Pensacola, and his wife, Angie, have made generous donations toward the construction of the new four-story children’s hospital, which opened in May 2019. To recognize the ongoing support of the Watson family, the entrance road to the new children’s hospital was officially named 1 Bubba Watson Drive.

“Bubba Watson is one of the all-time greats at helping causes he cares about,” says Chad Phillips, Vice President of Programs, Play Yellow. “We are thrilled to have another Masters Champion joining Jack with a passion for his home CMN Hospital, in Bubba’s case, Studer Family Children’s in Pensacola, Florida. Bubba will no doubt be an amazing ambassador for Play Yellow.”

Launched in 2019 alongside Jack and Barbara Nicklaus and CMN Hospitals, Play Yellow strives to bring the entire golf world together and raise the critical funds needed by CMN Hospitals and the patients they serve. Like most nonprofits, children’s hospitals rely on donations. And because 37 million kids in the United States depend on public health insurance programs that don’t reimburse hospitals for the full cost of caring for these patients, the need for donations is even greater. Play Yellow brings golfers together for a good cause.

Play Yellow was inspired by a family friend of Jack and Barbara Nicklaus named Craig Smith who was diagnosed with Ewing’s sarcoma as a young teenager. As Craig battled cancer, Jack and Barbara looked to support him and his family. One way was for Jack to wear a shirt in Craig’s favorite color, yellow, which Craig said brought Jack luck from week to week. Over the years, Jack could be seen wearing yellow on tournament Sundays and major championship Sundays. Who can forget Sunday of the 1986 Masters Tournament when Jack wore a yellow shirt to honor Craig and went on to win his record sixth Green Jacket? Years later, Play Yellow was born.

CMN Hospitals has raised more than $7 billion in unrestricted funds for 170 children’s hospitals across the United States and Canada. Changing kids’ health through children’s hospitals isn’t just about helping those in critical situations — it’s also about the research, preventative care, health and safety education that help build healthier communities. By improving medical treatments, equipment and facilities, children’s hospitals can not only address the most challenging health issues of our day, but also prevent and prepare for those to come. When we change kids’ health, we change the future — for all of us.

Children’s Miracle Network Hospitals® raises funds for 170 children’s hospitals that support the health of 10 million kids each year across the U.S. and Canada. Donations go to local hospitals to fund critical life-saving treatments and healthcare services, along with innovative research, vital pediatric medical equipment, child life services that put kids’ and families’ minds at ease during difficult hospital stays and financial assistance for families who could not otherwise afford these health services. When we improve the health of all children and allow them the opportunity to reach their full potential, we also improve our communities for years to come. Together, we can change kids’ health. Together, we can change the future. To learn about Children’s Miracle Network Hospitals and your local children’s hospital, visit cmnhospitals.org.