Playing out of the Nassau Players Club based at Bethpage State Park, Jeter shot a 36-hole score of 146  (two-over-par) to best Ryan Lee representing Blue Hill Golf Association by one-shot. Andrew Lord (Hudson Hills Golf Club) and Erik Sudermann (Casperkill Golf Club) tied for third at seven-over-par (151) on the acclaimed layout known as one of the most challenging in the U.S.

Originally scheduled for last June, but postponed due to the COVID-19 pandemic, the tournament marks the 73rd rendition of the prestigious MGA event which is the oldest public golf course championship in the U.S. Having made its MGA debut, Pound Ridge now joins a roster of highly acclaimed area layouts as previous hosts including Bethpage Black, host venue of numerous major golf championships as well as an upcoming Ryder Cup. 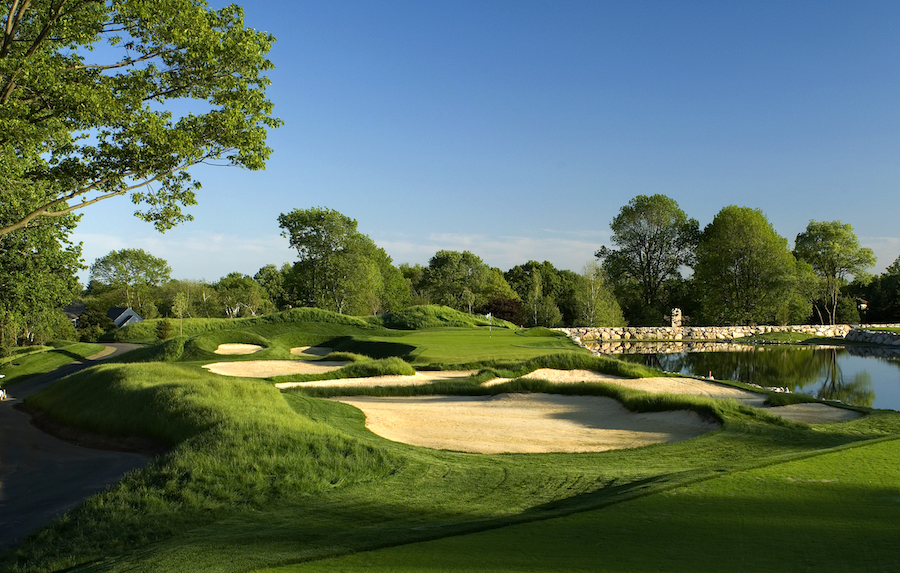 “It was a beautiful June day and our course was in absolutely fantastic condition for this coveted MGA championship,” says Darren Wang, managing partner of Pound Ridge Golf Club. “It was fun to watch some of the area’s best players test their games against the genius of Pete Dye’s classic design and we look forward to hosting more tournaments of this magnitude in the future.”

Pete Dye-designed layouts are having a banner year hosting big events with the 2021 PGA Championship won by Phil Mickelson contested on his celebrated Ocean Course at Kiawah Island Golf Resort and the upcoming Ryder Cup to take place on the heralded Straits Course at Whistling Straits on the scenic shores of Lake Michigan in Wisconsin.

Ranked No. 6 in Golfweek’s recently-released “Best Courses You Can Play in New York,” Pound Ridge is Dye’s only design in the golf-rich Empire State. Less than an hour drive from New York City and minutes from White Plains, Greenwich, Stamford and Norwalk (Conn.), the World Golf Hall of Famer’s admired layout has become one of the celebrated “must-play” public courses in the region.

Pound Ridge is carved from 172 acres of beautiful countryside – including dramatic cliffs, streams and wooded, rolling hills into a fun and challenging par-72 course. The course features five sets of tees ranging from 5,151 to 7,165 yards providing challenges and fun for golfers of all skill levels. Among its unforgettable holes is the dramatic par-5 13th which is home to “Pete’s Rock,” a giant boulder that rests in the middle of the fairway.

Pound Ridge Golf Club is a full bentgrass facility, hewn from 172 acres of magnificent cliffs, streams and wooded hills. Dramatic rock formations and boulders were left onsite, creating one of the most visually stunning settings for golf in the United States. More than 14,000-linear-feet of rock wall surrounds trees, wetlands, and water hazards. These frame contoured fairways wind through hardwood forests and fescue mounds leading to open meadows with picturesque green complexes.

Fans of Dye will find all the legendary designer’s renowned touches on display: dramatic mounding, rhythmic routing, and subtle deception meld to create an imminently challenging and fair golf experience. Pound Ridge Golf Club reflects the best in contemporary course design and is unique in a region filled with classic courses.

The par-72 layout measures 7,165 yards and houses five sets of tees ideal of players of all abilities. The facility boasts a practice range, short game area and putting green. The property features some of the highest points in Westchester County with several tee boxes offering expansive vistas of the surrounding countryside.

Notable holes include the par-5, 13th – home to “Pete’s Rock,” a giant boulder that rests in the middle of the fairway – and the par-3 15th – dubbed “Headstone” – which is flanked on the right by a large rock outcropping that protrudes into the elongated, 9,000-square-foot green.