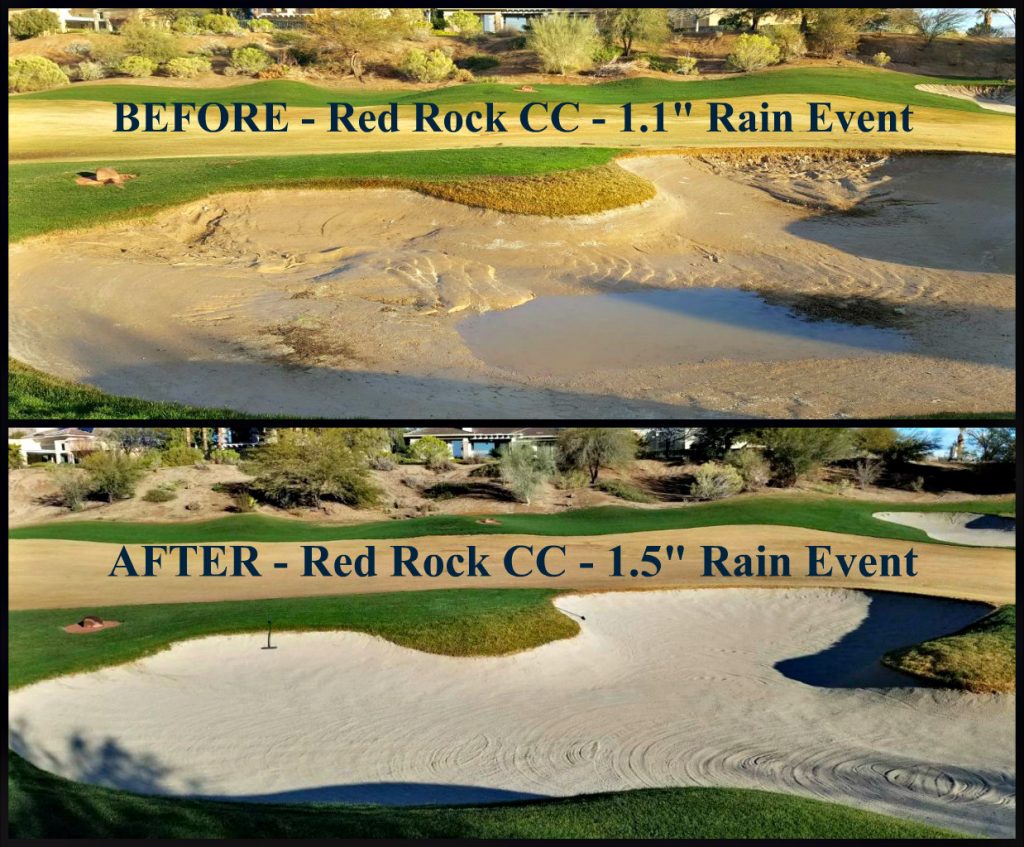 “I think the importance of patent is that it protects the time and effort we put in creating the liner,” said Jeremie Smith, who heads the Bunkersplus™ division of Pro Turf International. 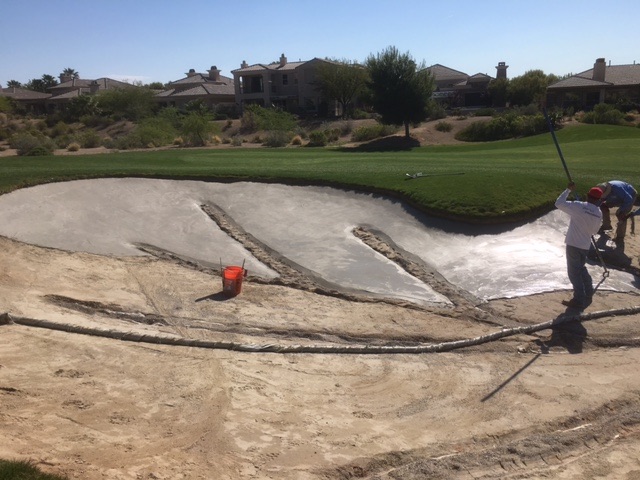 All this adds up to less labor costs, greater course aesthetics and reduced closures due to inclement weather or irrigation malfunctions.

One other key benefit of Linebacker Bunker Liner is that it offers a “do-it-yourself” kit for course superintendents, who can make minor repairs at their own pace without having to call in a certified installer, saving on maintenance costs. Also, the product works very well on steep faces, and absorbs golf ball impact.

“After intense research and discussion, we chose Linebacker Bunker Liner for our most recent bunker renovation project,” said Leo Simonetta, General Manager at the Wigwam Golf Resort in Arizona. “The Linebacker product has demonstrated to be very effective in sand integrity protection, longevity and ease of repairs. We are very satisfied with its appearance and performance.”

Another satisfied customer can be found on the other side of the country – John’s Island Club West Course in Vero Beach, FL.

“We installed the Linebacker Bunker Liner seven years ago on one of our greenside bunkers which is continuously washed out,” said John Curran, Superintendent at John’s Island Club. “With the steepness of our bunker faces, combined with the vast amounts of rainfall received in Central Florida, washouts are a common occurrence. Not only has the liner cut down on repairing washouts, it’s also helped tremendously.”

Pro Turf International is a family owned construction, landscape and golf maintenance company with over 30 years of hands-on experience in the Southwest. They proudly serve the golf, sports and landscape industry to enhance quality and improve conditions in a safe, environmentally friendly manner. For more information call (702) 315-5121, or visit www.ptigolf.com.