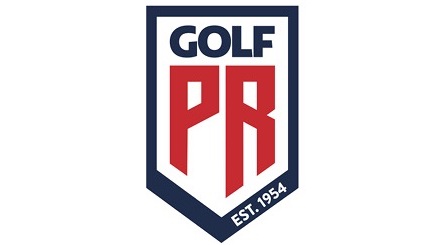 LIBERTY CORNER, N.J. – To further increase engagement across a new and diverse sector of golfers and to expand the impact of its core services, the United States Golf Association (USGA) announced Monday that the Puerto Rico Golf Association (PRGA) has joined its network of Allied Golf Associations effective this year.

The PRGA becomes the 59th Allied Golf Association (AGA), and the first outside of the 50 United States. This alliance provides the USGA with the opportunity to directly impact and engage with Latin American golfers throughout the Caribbean. The USGA and the PRGA have worked collaboratively for more than 50 years to engage with golfers through handicapping, Rules, championships and various initiatives.

Founded in 1954, the PRGA is a nonprofit organization committed to serving golfers and golf clubs in Puerto Rico and the Caribbean. As the authoritative body for amateur golf in Puerto Rico, it promotes growth, preserves traditions and protects the integrity of the game for more than 10,000 golfers and 22 public courses. Additionally, the PRGA is a significant promoter of junior golf through “Golf Para Todos,” a program founded in 2001 that teaches the game to disadvantaged youths and is one of the organization’s most important initiatives.

“For the last 67 years, the Puerto Rico Golf Association has strived to grow the game of golf on our island,” said Sidney Wolf, president of the PRGA. “We are honored to officially become the 59th Allied Golf Association, which will only benefit and further enhance the golf experience for our members and future generations of golfers.”

Since its inception, the PRGA has established and maintained a global presence in golf. It hosted the 2004 World Amateur Team Championships (WATC) and has developed golfers who have competed throughout the world under the Puerto Rico banner at the WATCs, the Latin America Amateur Championship, the Pan American Games and several regional championships, in addition to USGA and R&A championships. The PRGA also conducts USGA championship qualifiers and oversees more than 20 championships annually at all levels of the game.

The USGA works with its AGAs to serve the game at the local level by increasing golfer engagement, introducing the game to new audiences and improving the golfer experience. AGAs administer the USGA World Handicap System, inclusive of course rating, and serve as primary resources for USGA services, including governance, golf facility support and accessibility programs that benefit the long-term health of the game. Additionally, AGAs conduct more than 600 qualifiers annually for the USGA’s 14 global championships, which draw tens of thousands of competitors of all ages and backgrounds.

AGAs also have access to USGA-funded P.J. Boatwright Internships that provide immersive experiences for individuals of all backgrounds tailored to the unique needs of the 59 AGAs. Over the past 30 years, the USGA has invested more than $30 million in cultivating the future leaders of the golf industry.

“Adding the PRGA as a full-fledged AGA is a natural next step in our continued efforts to meaningfully engage golfers across all backgrounds,” said Mike Davis, CEO of the USGA. “The PRGA is doing an exceptional job serving golfers in Puerto Rico and the Caribbean and we are proud to officially welcome them to the USGA family.”

Most recently, the USGA completed the translation of more than 700 Rules practice Q&As and launched a Rules page on usga.org in Spanish, which enables golfers to contact the USGA with Rules questions in their native language to promote a more inclusive and golfer-friendly experience.

The Puerto Rico Golf Association (PRGA), a nonprofit organization, is the amateur governing body for the game of golf in Puerto Rico. Since its founding in 1954, the PRGA has developed, promoted and governed amateur golf throughout the island.

The PRGA is the 59th Allied Golf Association of the United States Golf Association. This alliance allows the local management of the World Handicap System and Course Rating as well as championship administration and other responsibilities. The PRGA recently introduced its new commercial brand, golfpr.org.

The Association is a member of the International Golf Federation (IGF), the Caribbean Golf Association (CGA) and is recognized by both the Puerto Rico Olympic Committee and the Department of Sports and Recreation. Over the years the PRGA has hosted many local and international championships, including the Caribbean Junior and Amateur Championships, the inaugural Copa de las Americas in 2003, the 2004 World Amateur Team Championships, the PGA Tour Latinoamérica, the American Junior Golf Association (AJGA), U.S. Amateur qualifiers and the PGA Tour Puerto Rico Open for 10 years, among other championships. To learn more, visit prga.org / golfpr.org.

The USGA is a nonprofit organization that celebrates, serves and advances the game of golf. Founded in 1894, we conduct many of golf’s premier professional and amateur championships, including the U.S. Open and U.S. Women’s Open. With The R&A, we govern the sport via a global set of playing, equipment, handicapping and amateur status rules. The USGA campus in Liberty Corner, New Jersey, is home to the Association’s Research and Test Center, where science and innovation are fueling a healthy and sustainable game for the future. The campus is also home to the USGA Golf Museum, where we honor the game by curating the world’s most comprehensive archive of golf artifacts. To learn more, visit usga.org