This past weekend, the LPGA Tour hosted its Founders Cup, held at the Mountain Ridge Golf Course in West Caldwell, New Jersey. Jin Young Ko domimated the field, shooting a course record 63 on Thursday. She then finished with a five under round of 66 for a four stroke victory.  With this final 66, Jin Young tied Annika Sorenstam’s LPGA Tour record of 14 consecutive rounds in the 60’s. She was the defending champion of the Founders Cup, after winning the tournament in 2019. 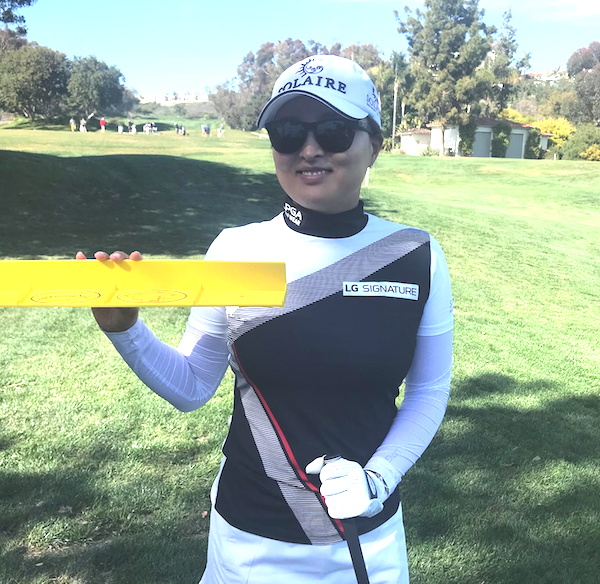 The European Tour hosted the Spanish Open which was held at the Club de Campo Villa de Madrid in Madrid, Spain. Rafael Cabrera Bello won this tournament after tying for the lead at -17, then making birdie on the first playoff hole. This was Rafael’s fourth European Tour win.

The PGA Tour hosted its Shiners Children’s Open, held at TPC Summerlin in Las Vegas, Nevada. Mississippi native and PGA Tour rookie Hayden Buckley had another solid week, shooting an eight under 63 on Sunday and placing in the top 10. This is Hayden’s second top 10 finish in a row.

If you’re looking to improve your performance on the putting green, get yourself a Putting Arc today! By using a Putting Arc for just a few minutes every day, your putting stroke will become on-plane, accurate and repeatable.